Welcome back. Wrestlers are not often known for their acting abilities. If they were capable of being a Hollywood or television actor, they probably would do just that. It is not exactly easy to find someone who can act at that level in wrestling, but occasionally you will see someone brought in from the outside. It worked a few years ago and now it is time for a sequel.

Lucha Underground began airing in 2014 and ran for four seasons. The series included a variety of wrestlers and characters throughout the years, with one of the only constants being owner Dario Cueto, portrayed by actor Luis Fernandez-Gil. The final season concluded in 2018 and the series has not been used since, though that has since changed, with a surprise cameo.

During this week’s edition of Major League Wrestling Fusion, Fernandez-Gil returned as Cueto, revealing himself as the owner of Azteca Underground, the unofficial successor to Lucha Underground. The cameo was set in Boyle Heights, California, the former home of Lucha Underground, with Cueto promising to be back on July 10, the date of the new season premiere of Fusion. There is no word on who else from the original series will be returning.

This was a moment. Check out the full show, with the return taking place starting at 56:15:

Opinion: Well I’m interested. At the end of the day, Cueto is one of the greatest characters in recent memory and someone who could completely turn a show around. He very well may be the best boss characters since Vince McMahon himself and that is not something to be taken lightly. Cueto is a major pickup for Major League Wrestling and hopefully he sparks enough interest in what they are doing.

What do you think of the return? Who is the best boss character in wrestling? Let us know in the comments below. 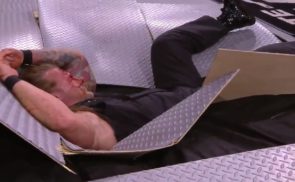 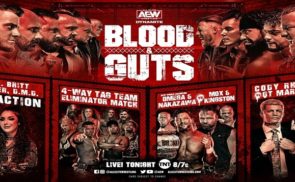