So much for that. The rise of AEW has changed the way that professional wrestling works in the United States as it has offered another large stage for various wrestlers to ply their trade. Rather than hoping to get one of the spots in WWE, wrestlers can now potentially pick where they want to go, assuming there is interest from the promotions. That does not seem to be the case with a rather prominent free agent.

Earlier this week, a story broke that AEW was in negotiations to sign Daga and Tessa Blanchard, with the situation being described as nearly a done deal. However, according to Wrestling Observer Radio, there is no truth to the story and AEW has had no discussions with Daga or Blanchard in recent weeks. There is no word on when or where the two of them will be signing next.

Blanchard and Daga are married and living together in Mexico. Neither of them have wrestled this year, though both have spent time in various promotions in Mexico and Impact Wrestling. Blanchard is a former Impact Wrestling World Champion and was never defeated for the title. She has also been accused of making various racist comments over the course of her career,

Opinion: This clears up quite a bit as I would be surprised to see Blanchard, with the baggage that she does carry, coming in to AEW, who does not tend to like that kind of baggage. Blanchard is way too good to never get back in the ring somewhere, but I do not know when that is going to be. Daga is going to be fine somewhere as he is certainly talented and does not have those issues himself. He might due to his relationship with Blanchard though, and that could make things more difficult.

Where will the two wind up? Who is a better long term prospect? Let us know in the comments below. 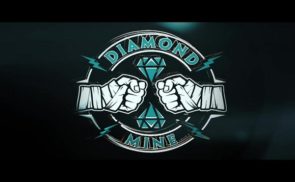