Sometimes you just need to put someone through a table. With “Summerslam 2017” upon us, WWE is going to go all out to hype the show as much as they possibly can. That means some different forms of advertisement, including cameos on more mainstream television. There isn’t much more mainstream than the “Tonight Show” and WWE just happened to be in New York City this week.

Earlier this week, Triple H appeared on the “Tonight Show” to promote the show. Host Jimmy Fallon was writing thank you notes (one of his running bits) and said thank you to Triple H for sounding less like a wrestler and more like an extra strength hemorrhoid cream. You might be able to guess what happened next. 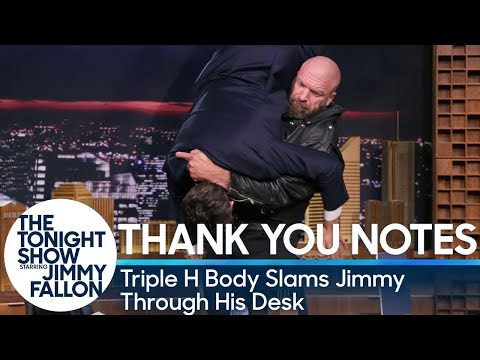 Opinion: There’s nothing wrong with plugging a show like this, especially one of the biggest shows of the year. This was a short advertisement yet probably the biggest stage that WWE is going to get to advertise the show. It was simple and efficient, while also being amusing. What more can you ask for?

Are you looking forward to “Summerslam 2017”? Which match interests you the most? Let us know in the comments below. 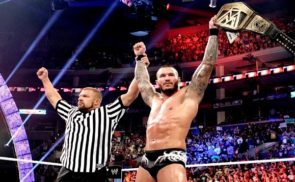