It’s the go home edition of Main Event and that has to be worth something. I mean, I have no idea what it would actually be worth but there must be something there. Odds are we’re looking at another batch of cruiserweight matches this week, which might not be the worst thing in the world. Let’s get to it.

Kalisto goes with the kicks to start but eats an elbow to the jaw for his efforts. Curt gets sent outside for a teased dive, only to get kicked in the head on the way back in. A pull of the leg brings Kalisto off the ropes though and we hit the chinlock. Kalisto gets planted with a spinebuster for two but Hawkins misses a split legged moonsault of all things. Things speed up again and Hawkins gets caught by the springboard corkscrew dive, followed by the Salida Del Sol to give Kalisto the pin at 4:27.

Here’s Dean for an opening chat. Dean wants to talk to Seth in person so here’s Rollins (still with the BURN IT TO THE GROUND in his music). Seth gets right to the point: they would be unstoppable as a team. He’s done playing games and sticks out his fist. Dean isn’t sure but then says Seth has to be kidding.

He rants about Rollins not being there for him last week but Seth says that their differences are why they work so well together. Seth goes to leave but Dean stops him and puts out the fist. It’s turned down AGAIN and Dean takes him down for a fight. They fall out to the floor so here are Sheamus and Cesaro for the beatdown.

Ambrose and Rollins eventually fight them off and clear the ring, drawing one heck of a YES chant. Now Dean puts out the fist….but Seth isn’t sure. Then Seth puts out the fist but Dean isn’t sure. They finally put the fists out together and NOW we have the eruption that the fans have been holding in for weeks. Hang on a second though as here’s Kurt Angle to make the Tag Team Title match with Rollins and Ambrose getting the shot at Summerslam.

This was a heck of a moment and deserves to be seen again. 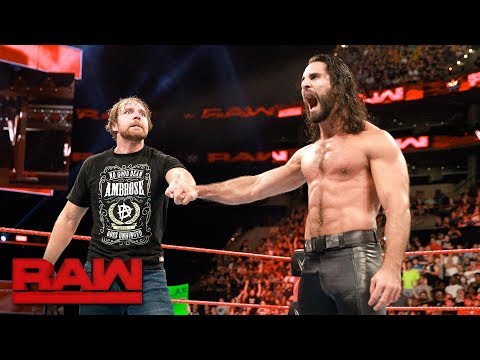 Another Summerslam match coming early. They go right after each other to start with Bray doing his hop over the ropes for a kick to the head. A right hand drops Balor onto the apron but he gets in a kick to the face and we take a break. Back with Bray hitting a gutbuster for two and hitting a hard clothesline. It’s off to a chinlock for a bit until Balor kicks him in the head for a breather.

Bray gets caught with another running boot for two but comes right back with his running crossbody. The backsplash gives Bray two more but Balor adds a quick double stomp to the ribs. They head outside with Finn getting the running dropkick against the barricade but the Coup de Grace is broken up. Sister Abigail gives Bray the clean pin at 11:23.

Bray gives him another Sister Abigail after the match. The lights go out and come back on with Balor sitting unconscious in the corner. Bray has a bucket and pours what looks like blood all over Bray.

Gulak charges into Dorado’s knee to start and gets ankle scissored down. Metalik gets launched into a dropkick to put Gulak down again but Drew grabs a headlock to slow things down. Back up and Metalik spins around the ropes into a wristdrag to send us to a break. Back with Dorado hurricanranaing Gulak down and getting two off a high crossbody.

Drew finally slams him head first onto the mat and puts on something like an inverted Sharpshooter. That doesn’t last long either though as Metalik makes a save, allowing Dorado to hit a double handspring Stunner. Metalik dives onto Daivari, leaving Dorado to hit the shooting star to pin Gulak at 8:21.

We’ll close it out here.

Angle is in the ring, which is surrounded by security, to bring out all four participants for Sunday’s Universal Title match. First up we have Brock Lesnar and Paul Heyman with Paul talking about how unfair Sunday’s match is going to be. It’s going to be all three challengers going after Lesnar and as a fan, Heyman thinks that concept sucks.

One day, a very long time from now, someone is going to be man enough to defeat Lesnar and become the new guy. However, it’s not going to be the false Samoan Samoa Joe or the Monster Among Men Braun Strowman, or the man who conquered the Undertaker, Roman Reigns. Heyman sees two possible options for Sunday.

Option A is Lesnar having the title stolen from him, meaning you might as well put him in a cage (Heyman: “HINT HINT!”). Option B is Lesnar wins and it turns out that Heyman has been underselling him all these years. This brings out Samoa Joe to say he’s putting Lesnar to sleep on Sunday.

Braun Strowman, now with his own shirt, comes out to say he’s always the last man standing. Joe takes credit for last week’s win and it’s FINALLY Reigns coming in as well. Roman takes Joe down but walks into the powerslam, leaving Lesnar vs. Strowman. Security comes in to break them up but are quickly dispatched. The locker room comes out and can barely hold them back to end the show.

Here’s the big closing segment, which is quite the visual. 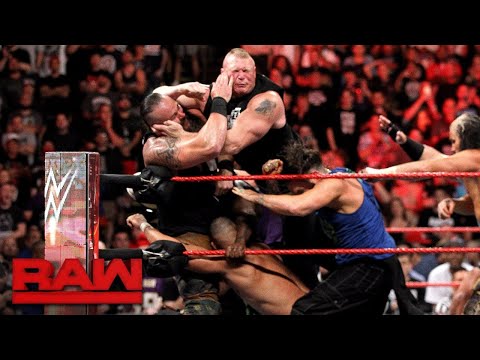 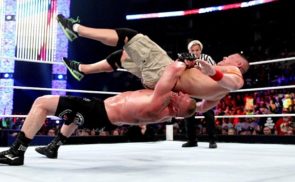 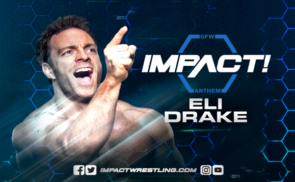