WWE COO Triple H participated in a media call earlier this week and gave some interesting insights into Vince McMahon and how the two discuss moving talent from NXT to the main roster.

According to Triple H, when McMahon shows excitement about a particular NXT talent, they have to work strategically to ensure that that talent is ready for the jump to either “Raw” or “Smackdown Live.”

“I think there’s excitement, there’s a lot of talent that [Vince] will say on an occasional basis, ‘Where are you at with this particular person? When do I get them?’ You know what I mean? It’s my job to then creatively work with the team both main roster and my own team to say when is the right strategic time to put the person into the right place that they need to go to so they have the best opportunity in front of them and to make sure they’re ready,” said Hunter. 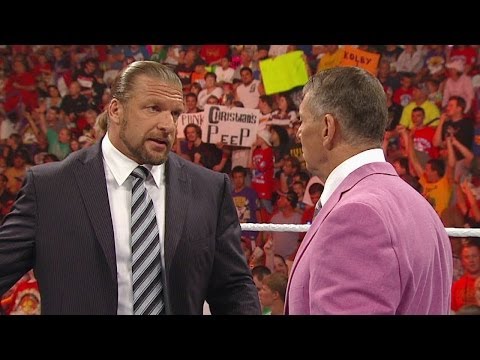 However, sometimes “The Game” has to talk McMahon into waiting when he wants a talent on the main roster right away.

“Talking about doing something right away with this guy and I’m like, hold on, we’re really protecting that person on TV that’s our job, right? We’re really protecting what they do to make them succeed where they are but give them that opportunity at the same point and time to continue to grow so they have that opportunity to do that on down the line. And to protect them. So [Vince] relies on us heavily as well to say, ‘This is where they’re at in the process, they need more time to bake, they need more time to do this.'”

“I want it to be the best it can possibly be,” said Triple H. “Not only for the roster, for RAW, whatever that is. But I want it to be the best for any of these talents. I want them all to succeed at the biggest level they can. Granted, they’re not all going to do that. They all can’t be the main event at WrestleMania but I want them all to have the opportunity when they move up to the roster because whatever it is, whatever the opportunity is, whether it’s big or small, as long as we give them the tools to do that then whatever’s going to happen, is going to happen.” 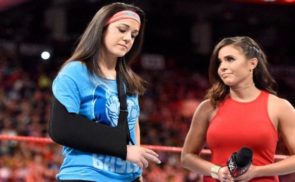 Bayley Comments on Her Injury and Recovery Timeline 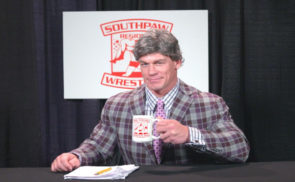