It could be a downgrade. Earlier this year, the wrestling world saw the biggest change in several years as Vince McMahon officially retired from WWE. While McMahon remains the majority shareholder in the company, he no longer plays any role in WWE’s day to day operations. That is a huge change of pace, and now we know what the company thinks that might mean.

WWE will be releasing its quarterly earnings report this week and filed a 10-Q report with the SEC on Monday. In the report, WWE warned that not having McMahon around could “adversely affect our ability to create popular characters and creative storylines or could otherwise adversely affect our operating results.” McMahon retired after the period the upcoming report will cover, meaning this will be a statement in regards to future results.

Opinion: You might get some different responses from wrestling fans, but this feels more like corporate speak to protect the company in the future in case things go down a bit. To be fair, that does make sense though, as we are in completely uncharted waters for WWE. There has not been a time without McMahon having some kind of input on the company and it is almost impossible to imagine how things are going to go from here.

What do you think of WWE’s statement? How much of a difference will the lack of McMahon have? Let us know in the comments below. 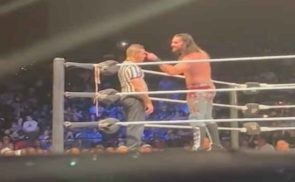 One Of The Best: WWE Legend Announced For Upcoming Special Appearances