Please come back. There are a lot of talented stars in AEW and several of them have come from around the world. That has opened several doors for the company as the different crop of wrestlers has allowed for all kinds of different matches over the years. Unfortunately, one of them is going to be taking his leave from the company for the time being.

Today I am leaving America. I have so many great memories of the last 4 months. Thank you all for being so nice to me. @AEW pic.twitter.com/XQwkNlI6oo

Opinion: This is going to be a bit of a hit to AEW as Takeshita was one of the more exciting stars that they could put on any show in any spot. That being said, it does show what AEW can do when they bring in a star from outside the promotion and that could make for some interest later on. Takeshita did rather well in AEW and if he ever wants to leave DDT-Pro, he will have a long list of suitors waiting on him in America.

What do you think of Takeshita’s time in AEW? Where would you like to see him work in America? Let us know in the comments below. 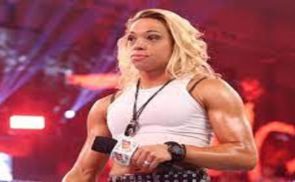