Out of many, one. The WWE women’s divisions have come a long way in recent years, as the idea of having enough female wrestlers to stock a pair of full time divisions seemed impossible. That has certainly changed though, to the point where Monday Night Raw and SmackDown both have rather large female rosters. They came together this week and one of them now has a title shot.

Last week’s SmackDown and this week’s Monday Night Raw were all about the 2020 WWE Draft, which is the kind of thing that can change the way the company works. WWE can make a lot of changes and shake things up quite a bit, which was certainly the case this year. One of those changes was in the Raw Women’s division, which now has a new #1 contender.

Lana won a battle royal in the main event of this week’s Monday Night Raw to become the new #1 contender to the Raw Women’s Title. Lana last eliminated Natalya to win, after being taken out by Nia Jax earlier in the match but not being eliminated. There is no word on when the title match will take place, though Lana was also drafted to Monday Night Raw during Raw Talk, meaning it could take place any time in the future.

It was a big night for Lana. Check out what went down:

Opinion: This is an interesting choice as Lana has not been presented as a top singles star in the division. There is no way of knowing when the title match will take place, though the October 25 pay per view would make sense. Zelina Vega surprised some people with her performances against Asuka, so maybe that is the case again with Lana. It is worth a shot at least, and that is what she now has.

Is Lana a good choice? How will the title match go? Let us know in the comments below. 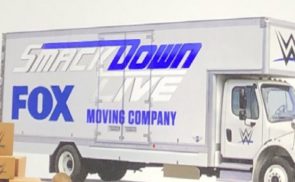 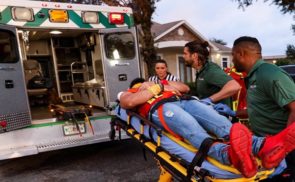