That’s a good place to be. WWE has more talent than they know what to do with most of the time and that can be a bit of a problem. With so many people around, at some point you are just going to run out of places to put them all and not everyone is going to get a chance. That is the case at the moment, and WWE might be doing something to make it even worse.

One of the biggest stories of the year on Monday Night Raw has been the battle between Seth Rollins and Rey Mysterio. The story started all the way back in May and is still going strong today, with the rest of Mysterio’s family being dragged into things. This includes Rey’s daughter Aalyah, who seems to be interested in Rollins’ former disciple Murphy. Someone else is interested in Aalyah though and that could make things interesting.

According to Wrestlingnews.co, Vince McMahon has become a fan of Aalyah and might offer her a full time contract with WWE. Aalyah is described as easy to work with and willing to learn, which could make multiple outlets interested in her. This comes after Aalyah has only made a handful of appearances on Monday Night Raw. There is no word on if she is interested in training as a wrestler or signing with WWE full time.

She made a quick impact. Check out some of Aalyah’s time on WWE TV:

Opinion: I can’t say I’m surprised by this as Aalyah has done well enough in her limited appearances so far. She also comes from a talented wrestling family and has several people who can point her in the right direction. I have no idea if she wants to stick around but if she does, then good for her for showcasing herself well enough to get a chance. If it works out for her, hopefully she’s happy with it.

How has Aalyah impressed you so far? Do you want her to stick around? Let us know in the comments below. 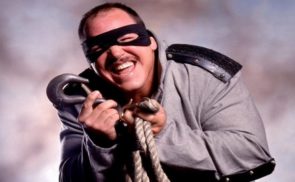 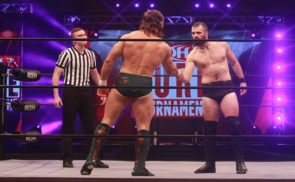