It’s another week of Superstars and unfortunately that means another week of highlights from a Raw that wasn’t all that interesting in the first place. Main Event has completely pulled away from Superstars for its original content so hopefully things can get a bit closer to even this week. Let’s get to it.

Curtis takes him into the corner and dances away before the referee annoyingly tries to break up a brawl, allowing Titus to score with a big boot. We hit the chinlock with Titus talking trash and trying to start an AXELMANIA chant. Axel makes his comeback with the necksnap and a running knee to the face for two. Not that it matters as Titus sends him chest first into the buckle, setting up the Clash of the Titus for the pin at 5:30.

Off to Raw for the first time.

It’s time for Lesnar and Goldberg as it’s nearly halftime of Monday Night Football. Lesnar slips a bit during his jump to the apron but it’s not bad. There’s a wall of security as Goldberg tells Lesnar to shut up and stay out of this. Heyman gets cut off by the GOLDBERG chants before finally going on about all the people Lesnar has killed. Goldberg cuts him off again to say his name isn’t on that list, only to have the chants start up again. Heyman starts to offer something but Lesnar grabs the mic and tells the fans to shut up.

The offer is for Heyman to find a replacement for Sunday’s match. That means Goldberg takes off his shirt so Lesnar shoves some guards down. Heyman says the beating will be so bad that Goldberg’s son will call Lesnar daddy. The security is quickly dispatched and there’s no one left between them. Lesnar, with one of the palest chests I’ve ever seen on a wrestler, walks away.

And then the second.

Jericho and Kofi start things off and an elbow to the jaw puts Kofi on the mat.  It’s quickly off to Woods vs. Rollins with the latter coming in off a chop to the chest. That goes nowhere either as they hit the mat for Seth’s headlock before it’s back to Jericho as New Day takes over. The Warrior splash gets two and Kofi comes back in, only to get slammed by Braun as we take a break.

Back with Braun holding Kofi in a nerve hold before handing it back to Rollins. Some double knees put Seth down but it’s Strowman running cross the ring to kick Big E. in the face. We wind up with Woods kicking Jericho in the back and Strowman plowing through the other two opponents. Woods finally kicks him in the face and forearms Rollins in the jaw. That’s enough for Braun though as it’s a powerslam to end Xavier at 14:06.

Mahal hides in the corner to start until a shoulder block and a jumping seated senton get two. A big boot puts Young on the floor and we take a break. Back with Mahal choking in the corner and shouting that peace catchphrase. A chinlock doesn’t go anywhere so Mahal yells at Bob Backlund before putting on another chinlock. Young fights up with some belly to belly suplexes and that belly to back on the apron. Back up and Mahal sends him throat first into the rope, setting up a Regal Cutter for the pin at 11:12.

A two minute highlight package of the Survivor Series Summit wraps the show up. 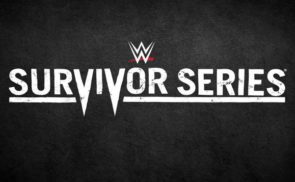 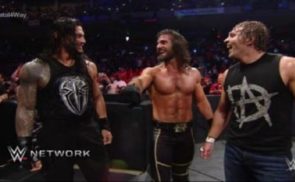 History of Survivor Series Part V: And You Are?