The big story coming out of last week’s show is the unmasking of the DCC, which revealed James Storm, Bram and the yet to be named Eddie Kingston to be behind the recent attacks. The group has targeted Eddie Edwards and the Hardys, meaning we might be seeing the some combination of the three fighting the DCC tonight. Let’s get to it.

We open with a recap of last week’s show ending beatdown.

Here’s Eddie Edwards for an opening chat. Eddie is a nice guy but he knows he has a target on his back. He’ll get right to it: he’s not leaving this ring until he gets to fight a member of the DCC. Cue all three of them though and the beatdown is quickly on with Eddie Kingston finally being officially referred to as…..Kingston. Jeff Hardy comes out for the save and cleans house.

After a break, Eddie and Jeff go in to see the boss (meaning Billy Corgan, who isn’t named here) but Aiden O’Shea won’t allow the cameras follow them in. 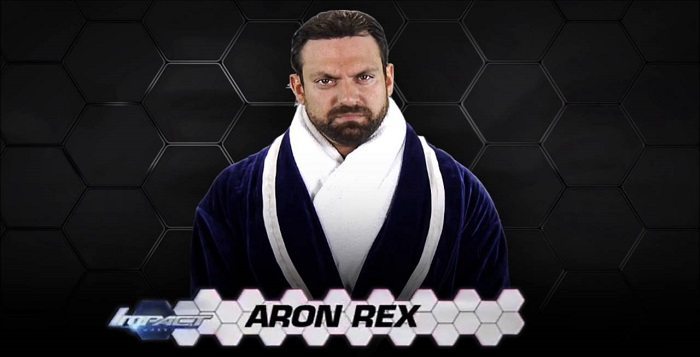 Non-title and pinfall or submission only, making this a glorified street fight. Jesse doesn’t waste any time and knocks Rex straight into the corner before trying an early Adonis Lock. That earns him a rake to the eyes and a chinlock. Rex takes it outside and sends Jesse into the barricade, followed by yet another chinlock. That steams Jesse’s hair so he sends Aron outside and then hammers away back inside. The Adonis Lock makes Rex tap at 7:53.

Laurel Van Ness is texting Braxton Sutter, much to Allie’s annoyance. Maria comes up and laughs at Allie for thinking Brandi Rhodes wants to be her partner.

Due to the attack last week, Gail Kim is forced to vacate the Knockouts Title.

Hardy and Edwards get to face the DCC in an anything goes handicap match tonight. 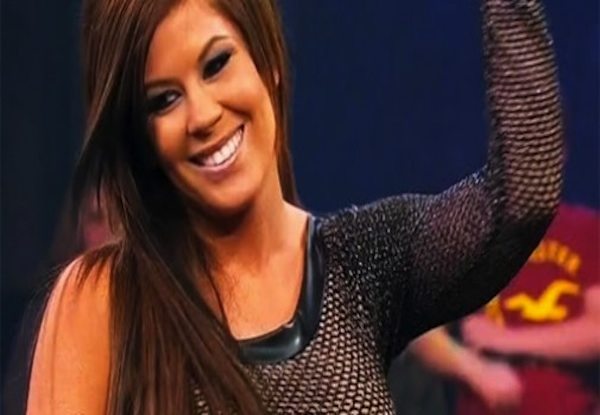 The villains seem to be called the Lady Squad. Maria laughs at the idea that no one wants to be Brandi’s partner but Rhodes has a surprise: Madison Rayne. Madison and Sienna get things going with some forearms putting Sienna in trouble. It only takes some choking to get her back in control though, followed by Laurel choking with her boot in the corner. A snap suplex gets two for Laurel but a missed charge allows Madison to make the hot tag to Brandi. Unfortunately that leaves Brandi to clean house and she’s just not ready to do that. Madison and Laurel fight outside and a Downward Spiral puts Sienna away at 6:01.

Matt Hardy, still sane, doesn’t understand why he would give the trick or treaters green beans. Reby tells him to go back to the Impact Zone to save his brother but Matt would rather delete e-mails, including the Young Bucks newsletter. He mentions unsubscribing and the Scribe appears….but only Matt can see him. Reby wants him to get help. 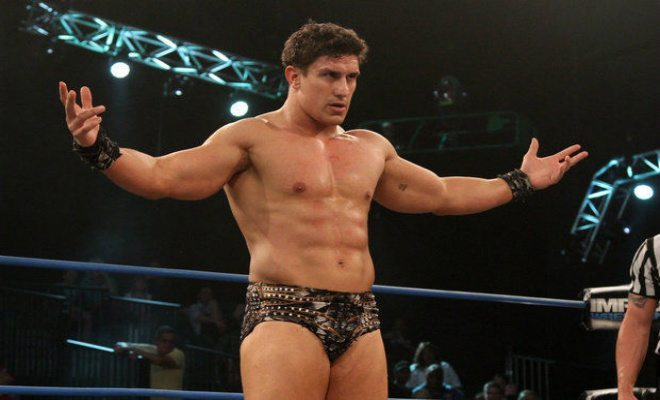 One fall to a finish, no tags and the winner gets a title shot at some point in the future. It’s a big brawl to start with Lashley getting the better of it by suplexing Bennett and throwing Lee over the down and down onto Ethan. Back from a break with Trevor getting in some kicks to everyone’s face as Josh plugs the Wolf Creek season finale. Bennett and Lee seem to form a quick alliance but as is so often the case, it breaks down as soon as one of them wants the pin.

The fans want someone to kill the troll as Carter takes some shoulders in the corner. Ethan comes right back and loads up a double 1%er, only to get speared in half by Lashley. A cutter drops Lashley and a deadlift German suplex gives Lee two on Carter. Bennett starts snapping off superkicks and spinebusters, only to have Lashley give him the real spinebuster. Lee suplexes Lashley to block the spear and dives over the top to take out Carter and Lashley. Back in and Carter grabs a sleeper to make Lee tap at 14:07.

Reby and Matt look at some Broken Matt videos and Matt is terrified of the chaos.

It’s time for Fact of Life with Eli Drake asking Ethan to come out here and be his guest. Drake gets right to the point: he wants one more match with Carter with that title shot on the line. Ethan says no but Drake sweetens the pot by saying he won’t challenge for the title for one year if he loses. That’s not cool with Ethan, who wants people like Eli chasing him near the top of the ladder. However, he also wants one more fight with Drake so let’s do it next week. If Drake wins, he gets the title shot but if he loses, he can’t speak for the rest of the year. That’s good enough for Drake and the deal is made.

Decay threatens Jade with destruction at the hands of Rosemary.

Baraka takes him down and chokes with the boot as Josh goes into a way over the top plug for a new sitcom at Pop. Shera gets tired of the trash talk and gets in a powerslam but a camel clutch is countered into a rollup for two. Another slam sets up another camel clutch to make Baraka tap at 4:05.

Rosemary is creepy to Jade and it’s announced that their Knockouts Title match will be inside a cage.

Handicap match and anything goes. Jeff is just normal Jeff Hardy here and gets in an early Twist of Fate on Bram. It’s too early for the Swanton though as the rest of the DCC pulls Bram outside, leaving Jeff to dive on all three of them. Eddie gets in a few shots on Storm as we take a break. Back with the DCC in control until Jeff hits Storm in the back with a few chair shots. Kingston is sent through two open chairs in the ring but Bram comes in for the save. The Brighter Side of Suffering through a table plants Edwards, allowing Storm to superkick Jeff for the pin at 13:43.

Remember to check out my website at kbwrestlingreviews.com and pick up my new book, KB’s Complete 2014 Raw and Smackdown Reviews Part I at Amazon for just $3.99 at: 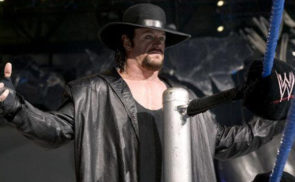 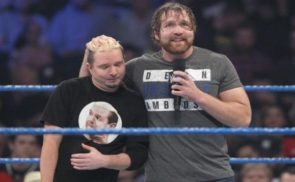