That changes things. You never know when you might lose a wrestler for a little while due to one reason or another. That can be quite annoying at times, but there might not be a way around it. Sometimes it does not wind up happening at all though, as a wrestler might wind up sticking around anyway. That is the case with two pretty high profile Monday Night Raw stars.

Two Monday Night Raw wrestlers who either seemed to be going away or seemed that they might be going away are both going to be around for the time being. First up, Randy Orton is still wrestling after an injury scare last week. Orton seemed to injure his shoulder during a match with Riddle on the April 19 Monday Night Raw. Not only was he on this week’s show, but he teamed with Riddle to defeat Shelton Benjamin and Cedric Alexander.

Second, Charlotte’s suspension has already been lifted, meaning that she did not miss any time whatsoever on the show. This week on Monday Night Raw, WWE executive Sonya Deville said that she did not feel that the suspension Adam Pearce issued was fair and lifted it after Charlotte issued an apology. Charlotte was in action this week as well, defeating Mandy Rose.

Opinion: These are two different situations and one of them is rather good news. It is great that Orton’s shoulder is fine and that there is nothing keeping him from staying in the ring. Then there is Charlotte, who not only is still in the ring but did not miss a single show. That is a bit of an annoying result, as it makes last week feel like a waste of time while also putting more spotlight on her. Charlotte is great, but it would be nice to have someone else get this kind of attention for a change.

What do you think of both of them? What is next for these two? Let us know in the comments below. 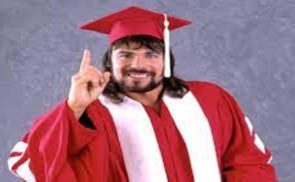