AEW Dynamite May Have To Change Nights This Year

Card subject to moving? The Wednesday night wars have come and gone and that might have been a great thing for wrestling in general. At the end of the day, it is rather nice to have AEW Dynamite and NXT on separate nights as it was annoying to have to pick between one or the other. Now that things are spread out a bit more, things are a lot easier, but they might not stay that way.

According to the Associated Press, Turner Sports has won the rights to air NHL games, meaning that they will air on TNT or TBS. The contract has yet to be finalized, meaning that details have yet to be confirmed. However, there is a chance that this could affect AEW Dynamite’s scheduling, though it is not clear where the show would be move to, assuming that it is moved whatsoever. The deal will begin later this fall at the start of the new NHL season. The change marks the reality of something that was teased earlier this year.

This move comes after NBC Universal dropped out of the running to air the NHL. Had that happened, NXT would have been in the same situation that Dynamite may find itself in, as the NHL would take precedence over wrestling on the USA Network. NXT has since moved to Tuesday nights, ending the Wednesday Night Wars after just over a year and a half, with Dynamite winning most of the competitions.

Opinion: This is the kind of move that could make for some interesting changes, though it is way too early to know for sure what is going on with the situation. There is a chance that Dynamite will not be changed whatsoever, but it could be interesting to see when it does wind up airing. Other than Thursday, it is hard to figure out a night where it would not be up against WWE programming, which could get complicated in a hurry.

Where will Dynamite wind up? What is your favorite weekly wrestling show? Let us know in the comments below. 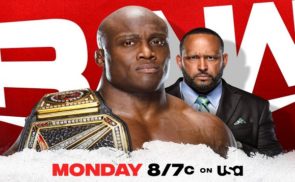 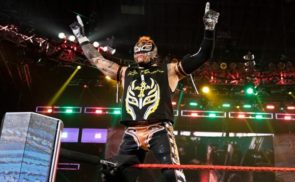 WWE Thought They Had “The Next Rey Mysterio”