It’s the go home show for Night of Champions and for the first time in months, things are looking good for Bryan coming into tonight. Bryan finally got the better of Orton on Monday night after Orton took too long yelling at Big Show, allowing Bryan to knee him in the head. We’re still in Canada, meaning Edge is here again tonight. Let’s get to it.

Theme song gets us going.

Here’s Big Show to open things up. He reads an apology for his actions on Raw from a piece of paper. Show also apologizes to HHH for not doing a very basic job as well as failing as a locker room leader. It doesn’t sound very sincere though so here’s HHH to complain. He wants Big Show to come off like a professional businessman, which means doing what HHH asks. Since Big Show hasn’t, his job is in jeopardy but instead of firing him, HHH is just going to suspend him for the night without pay.

Show goes to leave but here’s Shield before he can get out of the ring. Show has to fight them all off at once and does as well as you can expect one guy to do in this situation. A single Ambrose dropkick is enough to send him to the floor but Big Show climbs onto the announce table.

Show punches a chair into Rollins’ face and dives off the table to take Reigns down with a clothesline (called a spear) before throwing him back into the ring. Rollins breaks up a double chokeslam but gets swatted out of the air. Show loads up the WMD but Reigns comes in with a chair to finally take Big Show down. A decent TripleBomb leaves Big Show laying.

AJ is on commentary again. Brie stomps on Aksana to start before talking trash to the champion. Everything breaks down a few moments into the match but it’s quickly off to Fox vs. Naomi as AJ rails against the Divas show. Fox avoids the Rear View and puts on a front facelock, only to be suplexed down. Off to Natalya for a quick Sharpshooter attempt on Aksana but AJ runs in for the DQ at 2:25.

The Total Divas beat up AJ.

Here’s Vickie to introduce a dance off between R-Truth and Fandango. JBL shouting WHAT’S UP during the entrances is rather funny. Before it gets started, here’s Miz in a huge afro which only Cole finds funny. He calls himself Misco Inferno (JBL: “He looks more like Horshack.”) and Vickie allows him to enter the contest. We’re still not ready to go yet though as Great Khali wants to join in too. Truth and Fandango (with Summer) do their usual stuff, Miz (now in a pink jacket and costume jewelery) twerks a bit before Khali does his arm swinging. Miz wins, Fandango protests, Fandango gets beaten up, this took nine minutes.

Ryback interviews a guy named Robert Evans (indy wrestler Archibald Peck) who says he’s 6’4 and 185lbs. Evans says his dream is to be a WWE Superstar one day and compete at Wrestlemania. Ryback likes that Evans has dreams but slaps the taste out of his mouth. It’s Ryback’s dream to beat up everyone like Evans.

Ricardo Rodriguez comes in to see Vickie who tells him that he can’t be in RVD’s corner at Night of Champions. They argue in Spanish with Vickie saying she’s his boss. It’s Ricardo vs. Alberto tonight and that’s all.

Time to put a comedy character over a guy whose potential has been wasted for months on end. Sandow runs from the Cobra to start before headbutting Santino down and dropping some knees. The legweep sets up the Wind-Up elbow for two and we hit the abdominal stretch. Santino hiptosses out and hits the saluting headbutt, only to have the Cobra broken up again. Sandow misses a charge into the corner and the Cobra gets the pin at 2:05. Just go with it people.

Here are Heyman and Cole for an interview with Michael Cole. We look at a video recapping Heyman vs. Punk which is just a Night of Champions ad. Cole asks how Heyman and Axel plan to prevent Punk from getting his hands on Paul. Axel says that Heyman is under a lot of pressure to the point of hyperbole. However, Punk won’t get his hands on Paul because he can’t beat Axel.

Heyman, still looking pretty shabby, says that he’s being persecuted and begs for a boycott of the PPV. The fans have something better to spend their money on instead of the show, like sending your kids to college or buying your wife shoes. If you buy the show, you’re going to see Punk get his hands on him because Heyman has taught Punk how to get around the system.

It’s not because Punk is a better wrestler than Axel, but because Punk spent so much time with Heyman over the year. If you don’t boycott Night of Champions, Punk is going to give him such a beating that Heyman can’t even finish his sentence. This might be the last time you’ll get to see Paul Heyman and he’ll never forgive the people for putting him through this. Cue up the Goodbye song from the fans. Standard hard sell here but it still works.

Del Rio kicks him down to start and hits a running knee into the ribs. Ricardo comes back with a quick dropkick for two but Alberto hits the low superkick to put him back down. Ricardo gets up two feet in the corner and hits a tornado DDT for two but gets crotched on the top. A reverse superplex gets the pin for Alberto at 2:23.

Post match Alberto puts on the armbreaker but RVD makes the save and hits a quick Five Star.

We get a video on Bryan vs. Orton, complete with portions of a sit down interview with HHH. There’s nothing new here: he’s doing what’s best for business, Orton is the face of the WWE because he’s the best option, Bryan will see the truth at the PPV, Cody Rhodes was just a sacrifice to keep people in line, he’ll admit it if Bryan proves him wrong.

Non-title but if Ziggler wins he gets a title shot at the PPV. Ambrose shoves him into the corner to start but Dolph comes back with some forearms. Dean pounds him down with ease and slams Dolph’s head into the mat a few times. Back up and Ziggler takes him down with a cross body and some right hands send Ambrose to the floor. Dean gets back in and puts on a quick reverse chinlock but Dolph dropkicks him down and hits the ten elbow drops. Ambrose avoids a Stinger Splash as we take a break.

Back with Dean stomping on the ribs as Cole tells us nothing happened during the break. Dean traps the legs and cranks back on Dolph’s chin some more before jumping into Dolph’s raised boot. Now it’s Dolph’s turn to pound away in the corner and a running clothesline gets two. The Fameasser misses but Dolph gets two off an O’Connor Roll. Dean’s sleeper is countered with a jawbreaker and the Fameasser gets two, drawing in the Shield for the DQ at 8:40.

Shield beats up Ziggler but here are the Usos for the save. Vickie confirms that Dolph gets a title shot and makes it six man tag after a break.

This is joined in progress with Ziggler getting the tag but being dragged into Shield’s corner for the triple teaming. We go to a wide shot for some reason as Dean works over Ziggler. Back to Rollins to stay on Dolph’s arm and some stomping in the corner. Reigns gets the tag and puts on a front facelock before it’s back to Dean for some right hands to the ribs and trash talk.

A running dropkick to a tied up Ziggler has Dolph in trouble but he backdrops Dean out to the floor. Reigns breaks up the hot tag but Ziggler avoids a charge, sending Roman’s shoulder into the post. The hot tag brings in Jimmy who speeds things up and hits a Bubba Bomb on Rollins. A Samoan Drop is good for two but Dean makes the save. Things break down again and Reigns spears Jey down, only to have Jimmy superkick Rollins. The Superfly Splash hits knees though, giving Seth the pin at 4:33 shown.

Time for the Cutting Edge. Edge talks about HHH bringing him back in for one week because it’s good for business. The fans chant Good For Business but Edge says he’s here because of all of them. Edge also isn’t going to forget what happened to Christian on Monday. When Christian comes back, it’s not for one more match but to take Shield out. Edge brings out his guests: Daniel Bryan and Randy Orton.

First question: “Randy, how does it feel to be a sellout?” Orton says Edge is jealous because he’s just a washed up talk show host who can’t wrestle anymore while Orton is a ten time world champion. Edge says he’s an eleven time champion so it’s not a big deal. Randy talks about being the face of the WWE and how we needed a change after ten years of John Cena. Daniel Bryan is a nice wrestler with a good following but he’s not best for business.

This concludes our live coverage of Smackdown.  Make sure to join us on Sunday night for Night of Champions 2013 at 8pm EST with the Kickoff starting at 7:30. 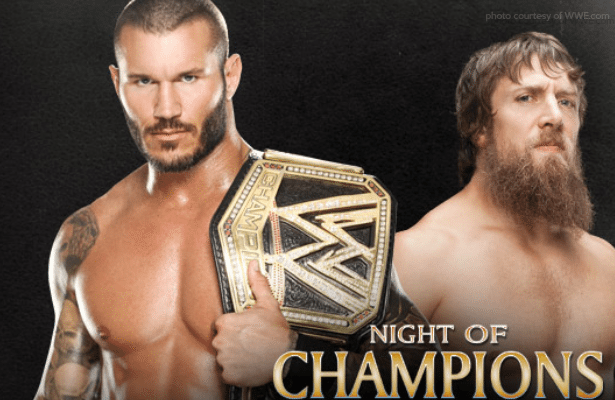 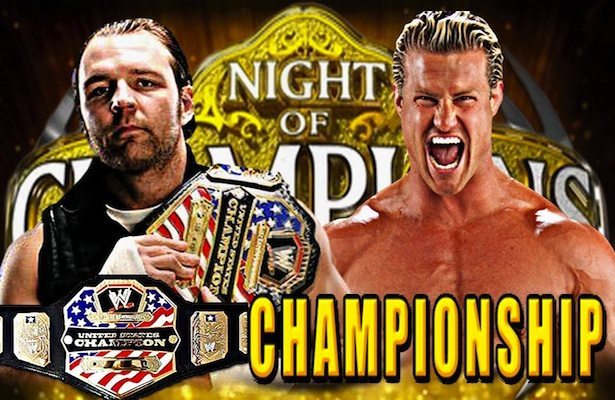