It’s yet another special tonight with No Surrender, which is a pretty meaningless name since none of the matches have anything to do with surrendering or not surrendering. The card however is pretty big with the semifinals and I believe the finals of the BFG Series. Given hos screwed up this Series has been though, they might find a way to hold the finals of the Bound For Glory Series after Bound For Glory. We also have Anderson challenging Bully Ray for the world title. Let’s get to it.

We see the four finalists arriving before looking at a video of all four guys saying what this means to them.

We also get a quote from F. Scott Fitzgerald about fighting families to hype up Anderson vs. Ray.

Ray says the Aces and 8’s are stronger than Hogan will ever been. All Anderson has to do is apologize and this all ends. Anderson says Ray is right and that he was out of line…..and he can’t wait to get out of line again tonight. He decks Ray to send him to the floor and says he’ll be the new world champion tonight. Hogan says the title match is a last man standing match for absolutely no apparent reason.

It’s win or go home here as the points are officially a non-factor now. Feeling out process to start with Aries dropkicking AJ to the floor and dropping him with a top rope ax handle. Back inside and Aries misses a missile dropkick so AJ takes him down with a dropkick of his own. Aries bails to the floor but he avoids a slingshot plancha from AJ. Austin loads up the suicide dive but charges into an AJ forearm to put him down. They head back inside to fight over a suplex and we take a break.

Back with Aries still trying to hit the brainbuster but opting for some shots to the head instead. AJ comes back with some forearms and his AA into a backbreaker for two. Styles loads up the Clash but Aries grabs the rope to escape. Now the slingshot plancha takes Austin out but he manages to break up the Superman forearm, knocking Styles face first into the apron.

Aries loads up another suicide dive but AJ pops back in with the forearm, though Aries stopping in place so the move could connect looked bad. Another Styles Clash attempt is countered into a hurricanrana but AJ gets a boot up in the corner to block a running dropkick. That’s fine with Aries as he hits it in the other corner instead. AJ blocks the brainbuster again but just like the dropkick, the second attempt connects for two.

There’s the Last Chancery but AJ won’t tap so Aries pounds in knees to the head. AJ avoids the 450 but Aries lands on his feet. A running dropkick misses and Aries lands on the ropes, allowing AJ to hit the Pele to stun him. AJ goes to the ropes for a middle rope Styles Clash to send him to the finals at 15:38.

Sting gives Magnus a pep talk and the Brit says he’s tired of being the future.

Roode gets a jobber entrance and Magnus is back in the shorts instead of the tights. Bobby must be ticked off at the lack of respect because he jumps Magnus from behind and takes it to the floor to send Magnus into the barricade. Back in and a quick belly to back suplex gets two for Roode and a regular suplex gets the same. We hit the chinlock as this has been one sided so far.

Back up and Magnus blocks an O’Connor Roll and takes Roode down with a forearm. He catches Roode diving off the ropes in a very modified Falcon’s Arrow for two but Roode goes to the eyes. There’s the spinebuster for two on Magnus but the Brit breaks up a superplex and hits the top rope elbow for two. Roode can’t hook the crossface and gets caught in a Texas Cloverleaf but Roode finally makes the rope. Back up and Magnus blocks a fisherman’s suplex into a jackknife cover for the pin at 7:00.

Roode is freaking out when Bad Influence comes in to calm him down. Bobby blames Hogan and says if he can’t go to the finals, no one is.

Hogan gives Manik a pep talk. Manik wants a shot at Jeff Hardy tonight and his wish is granted. Dixie comes in and asks to talk to Hogan alone. Apparently Rampage and Tito are off the show for fear of the November 2 PPV getting messed up.

Ray doesn’t know what’s happening to Aces and 8’s but he thinks the cronies want Anderson to be President and world champion. He yells at Knux, Brisco and Bischoff, saying he did everything and brought Anderson into the fold. Ray thinks they’ll do the right thing and hopes they feel the same way about him.

We recap Anderson vs. Ray, which is due to Ray blaming Anderson for losing the title to Sabin. Ray then said Tito Ortiz was the only man he needed and Anderson was annoyed at Ray acting like a dictator.

Last man standing with Ray defending. Anderson jumps Ray on the ramp to start and takes Ray into the ring for a whip into the corner. The champion is sent back to the floor as this is one sided so far. Ray is sent into the announce table and barricade so he hides behind Christy, complete with Hemme’s top opening (it’s similar to Lita’s outfits in the Rated R Superstar era) but the power of tape saves her.

Bully gets in a cheap shot and sends Anderson into the steps before asking Brooke for a chair. It takes forever to get there and Anderson gets in a shot to the ribs to take the chair away. He blasts the champion in the back and pounds him back into the ring. Ray goes up but gets hit low, allowing Anderson to hit a rolling senton. The fans are COMPLETELY behind Anderson here and him telling himself to get the tables makes them cheer even louder. Even Tenay is cheering for Anderson.

Ray takes him down with a boot to the face and gets in a chair shot of his own. The table is set up in the corner as we take a break.  Back with Ray yelling at Hebner but Earl yells right back at him, looking like a heart attack is imminent. Ray shoves him into the buckle to knock him out but walks into a Mic Check onto the chair to lay him out. There’s no referee though so Ray gets up and hits a Bully Cutter to lay both guys down.

Cue Bischoff, Brisco and Knux to stare at Ray before stalking Anderson. Before they touch him, Brooke comes in with a low blow. Ray bosses them around and a Shield TripleBomb lays Anderson out. Ray helps Hebner up but Anderson is up at nine. Anderson comes back with right hands but Ray drops him. Why the referee isn’t counting Anderson when he’s down is anyone’s guess. Ray knocks Anderson out with the chain, drawing blood. Anderson makes it up to his feet AGAIN but staggers in front of the table in the corner. A spear through the table is enough to retain the title at 17:30.

Anderson is taken out on a stretcher but Ray chases him down and rips the cut off his back. A piledriver on the stage gets rid of Anderson, probably until BFG.

ODB is excited about the change to be Knocked Up Champion next week.

Here are Storm and Gunner with something to say. Storm wants to drink and Gunner wants to fight so why not do both things? James wants some opponents so here are Chavo and Hernandez. Chavo talks about how Storm is the second greatest tag team wrestler in TNA and how Gunner is the second strongest man in TNA. Guerrero wants a match so Gunner accepts it for next week. If the non Champions win, they get a title shot.

Winner gets Bully at Bound For Glory. AJ takes it to the mat with a headlock takeover and does it again since it worked so well the first time. Magnus comes back with a quick suplex and we hit the chinlock. Back up and AJ drop toeholds Magnus into the buckle as Tenay runs down a Bellator card. They slug it out with AJ taking over but Magnus avoids a knee drop. AJ does the same with an elbow drop and gets two off a small package. Cue EGO to attack both guys at about 4:30 to lay everyone out. The bell never rang to end the match. Referee come out to break it up as we take a break.

Back from a break with the two guys slugging it out. No explanation, no restart, no Hogan announcement. Nothing at all as the match just keeps going which is probably the right idea. AJ wins a slugout but Magnus blocks the Superman Forearm before getting two off a Falcon’s Arrow. AJ counters the Cloverleaf into Undertaker’s Hell’s Gate but he has to raise his shoulder to avoid being pinned and the hold is broken.

The Pele gets two on Magnus and there’s the Calf Killer but Magnus hangs on forever and finally makes the rope. Back up and Magnus counters a spinwheel kick into a spinebuster for two. Magnus loads up a superplex but AJ knocks him down three times in a row. The Spiral Tap is enough to send AJ to Bound For Glory at 15:11.

AJ thanks the fans and Magnus, seemingly reaffirming his face status. He got a lot of replies about what he said a few weeks ago, but he didn’t hear from Dixie Carter. Dixie needs to be here next week because AJ has a lot to say to her.

This concludes our live coverage of Impact Wrestling.  Make sure to join us tomorrow night at 8PM EST for Smackdown.

Remember to follow me on Twitter @kbreviews, check out my website at kbwrestlingreviews.com, and pick up my new book of Complete 2001 Monday Night Raw Reviews at Amazon for just $4 at: 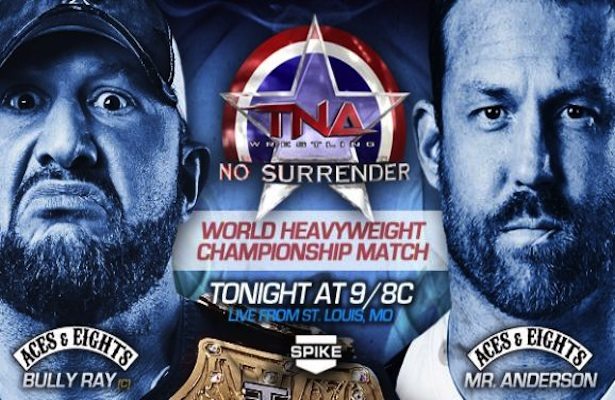 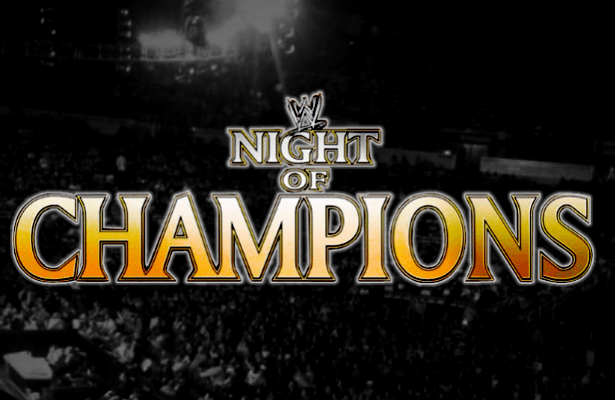