On last week’s episode of Raw, Day 2 of the 2020 WWE Draft took place. While there were some shocking moves on Day 1, the landscape changed even more on Raw, with some moves that will allow for some new and very exciting feuds to close out the year and lead up to Wrestlemania 37.

Let’s get into it with some of the bigger moves:

I can get behind this. I’ve said many times that I believe that “The Fiend” Bray Wyatt will end up becoming the greatest character of our generation, and I’m guessing that is that they are eventually going to have him challenge for WWE Championship. However, WWE has ensured that this move will work for the time being, because is Alexa Bliss is also now on the red brand. That HAD to happen.

The Street Profits to Smackdown

Swap-for-swap with The New Day for the tag team championships, which is fine. My only fear is that they will immediately put them into a program with Shinsuke Nakamura and Cesaro, who were drafted to Smackdown as a team later in the show. I have wanted Nakamura and Cesaro to go back to being singles stars for a long time, but I have a feeling that won’t be happening for at least another few months. The Street Profits are very entertaining, and along with the EST of WWE, will be a force to reckoned with on Smackdown.

Wasn’t he basically there already? This move opens up a number of possibilities, including a feud with the incredible Keith Lee, or renewing his rivalry with “The Fiend”, should they decide to go that route.

BRO. I’m indifferent about either of these moves, so we’ll see how they go. Riddle’s only major feud since moving to the main roster has been with King Corbin on Smackdown, even though he had a fantastic match with AJ Styles on his first night on the blue brand. Speaking of Styles, Jeff Hardy also is not done with the Phenomenal One, so either of these two could get into a program with Styles and I would be OK with it, once he is done with some unfinished business from a few months ago.

Shoot. I was hoping that KO would end up on the same show as “The Fiend”, because the two of them could have incredible psychological battles leading up to what would be an amazing match. However, it would appear that he is going to be continuing his feud with Aleister Black, who also was drafted to Smackdown, which is totally fine with me.

So, this renegade faction, who was eventually signed to WWE contracts, have been taken by a singular show in the draft, as if they were a part of the roster and now will be welcomed by the locker room. In my opinion, WWE dropped the ball with this angle, as these renegades should have been able to float between the shows for a little while longer. However, with Mustafa Ali at the helm, the sky is the limit for this group, as he is that good, and I’m looking forward to seeing what they do with The Hurt Business going forward.

We all know that WWE stands for “WALK WITH ELIAS!” I am so glad that he is back; I have always thought that Elias is one of the most entertaining superstars in the company and he knows how to work every crowd that he is in front of. Granted, Elias won’t be able to do the things that he normally can do until the COVID-19 pandemic is over, however, I am thrilled to see him back!

While I don’t like this move, I understand it. Nikki Cross and Alexa Bliss still haven’t had their official program against one another since Bliss became possessed by “The Fiend”. The only problem is that once that is over, Raw’s women’s division is stacked and I’m afraid that an exceptional talent like Cross will get lost in the shuffle. The draft could have really helped Smackdown’s women’s division, but I’m waiting to see how that will all play out.

Apollo Crews had great success on Raw in 2020, the highlight being a lengthy run with the United States Championship. I anticipate that the same will happen on Smackdown and that he will be Sami Zayn’s first challenger for the Intercontinental Championship. 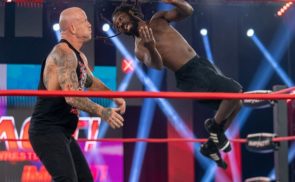 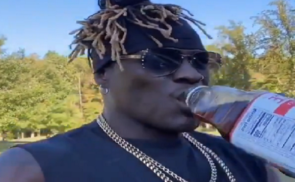