That’s great to hear. There are all kinds of people who work for WWE and several of them have been around for a very long time. That can be rather helpful as it can be great to see what kind of an influence they can offer to the promotion. Several names work behind the scenes with only occasional cameos on television. Now though, one of them is going to be back at work after a health scare.

According to PWInsider.com, Brian Armstrong, better known as the Road Dogg, is back to work at NXT after a serious health scare last month. Armstrong was believed to have suffered a heart attack in March but no blockages were found, allowing him to come back to work. It is not clear what happened to him, but it was not a heart attack. During his time away, Armstrong worked on NXT virtually but this week saw his first time back in person.

Opinion: This is great to hear as anyone’s health is more important than anything else they are going to do. The fact that Armstrong is healthy and back at work is a great sign for him. If nothing else, it seems that he is in somewhat better shape than he seemed to be so hopefully he winds up getting to stick around for a very long time, as someone with his experience can be very valuable.

What is your favorite Armstrong moment? What can he do in NXT? Let us know in the comments below. 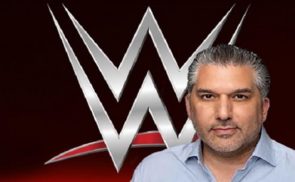