The shakeup continues. There are all kinds of pieces needed to put together a professional wrestling show and some of them do not get the same amount of credit or recognition. It takes a lot of effort from behind the scenes to make the whole thing work and WWE is no exception. The company has all kinds of people working to make things flow and now there is a new boss of the group.

According to PWInsider.com, Jason Jordan has taken John Laurinaitis’ position as the lead agent for Monday Night Raw and SmackDown. This is part of the shakeup of the Talent Relations department as Laurinaitis has been promoted to the head of the department. Jordan has been working for the company as a producer since his neck injury forced him into retirement. It is not clear if WWE will be bringing in another agent to make up for the missing spot.

Opinion: I’m not sure what kind of a difference this is going to make, but Jordan really did rocket up the ranks on the team. He is the kind of younger voice that might make a difference, though I’m not sure what kind of difference it is going to make if everything else is such a mess. Jordan might be able to help things in certain ways though and if that is the case, we could be in for a bit of an upgrade.

What do you think of Jordan? Who would be a good producer? Let us know in the comments below. 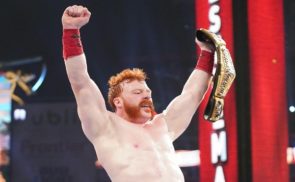 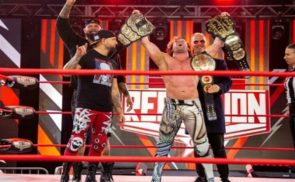