The final results. The 2020 WWE Draft is finally over and there were a lot of moves made. Over the course of last week’s SmackDown and this week’s Monday Night Raw, dozens of wrestlers were either moved to Monday Night Raw or SmackDown or stayed on the show they had been on before. That makes for some interesting changes and it can help to have them grouped together, which is where we have your back.

In total, Monday saw more than forty wrestlers either being placed onto their new show or staying on their previous show. In addition to the picks shows during Monday Night Raw, picks made before the show, during the Raw Watch Along, during Raw Talk and after in an exclusive YouTube video. Unless otherwise noted, the picks were made during the Monday Night Raw broadcast. The picks will go into effect starting next week on both Monday Night Raw and SmackDown.

I think we can call that a busy night. Check out how some of the picks went down:

Opinion: And that takes care of that. The Draft is always eventful and that was certainly the case this year as well. I’m not sure what to think of some of the moves but WWE did well enough to make me want to see what is coming next with a lot of them. Now that we are finally done, it is time to start moving forward and seeing where things go, which is what really matters in the whole thing.

Which side got the better results? Which move interests you most? Let us know in the comments below. 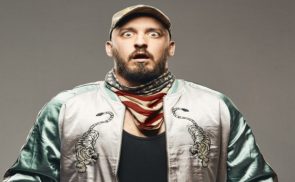