Miz Cashes In Money In The Bank At Tables, Ladders And Chairs

And there it is. Back in 2005, Chris Jericho introduced an idea called Money In The Bank and the idea has been around for over fifteen years since. It is a pretty simple idea with some wide ranging influence, as whoever wins the ladder match can cash in the briefcase for a World Title shot at any time. That has become quite the successful move for a lot of people, but it is far from universal. Now we have another cash-in to crunch.

This year’s Money in the Bank has been a unique situation. Not only did the men’s and women’s ladder matches take place at the exact same time in Titan Towers, but the men’s briefcase also changed hands. That is not something that you see very often and it changed things up quite a bit when Miz defeated Otis for the briefcase and took it over to Monday Night Raw. Miz had until May to cash in and now he has done just that.

Miz cashed in his Money in the Bank briefcase at Tables, Ladders And Chairs, joining WWE Champion Drew McIntyre and AJ Styles in a Tables, Ladders and Chairs match for McIntyre’s title. McIntyre went on to retain the title by pulling down the championship. This marks the second time that a wrestler has joined a title match already in progress, after Seth Rollins joined the main event of WrestleMania 31, where he won the title.

There is some history here. Check out how cash-ins have gone over the years:

Opinion: That’s the kind of thing that needed to be done as Miz wasn’t going to be the most likely challenger for McIntyre. Just get rid of the briefcase already and let Miz go down to do whatever else he can do at the moment. There is no need to stretch this out any longer, and it’s nice to not have Money in the Bank hanging over everyone for a change. This didn’t hurt Miz and now it’s done for the next few months.

What do you think of Money in the Bank? Did it go as it should have this year? Let us know in the comments below. 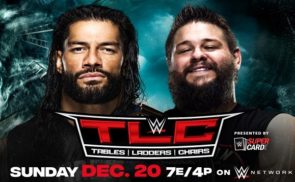