So that’s what’s next. AEW Dynamite has become one of the hottest wrestling shows in the world and it is easy to see why. The show has a great mixture of styles and wrestlers alike, all of which combine to make for some highly entertaining nights of wrestling. The company is in the middle of a big stretch of high profile shows, and now we know what to expect from one of them.

AEW is wrapping up the year in a big way with three weeks in a row of packed shows. This is going to include multiple title matches and appearances from some of the company’s biggest stars. You can’t ask for much more than that and the excitement that comes from the shows should be off the charts. That being said, some of the drama could be a little bit lower next week due to a new report.

Reddit user SpaceForce1, who has a successful track record of providing spoilers, has posted the results of next week’s AEW Holiday Bash special. AEW has allowed fans into their shows for several weeks now, allowing such spoilers to be released. This show will be airing on Wednesday, December 23 after the NBA game ends, with the Tag Team Titles being defended in the main event. Here are the results in advance:

* MJF and Chris Jericho defeated Top Flight. Match got more airtime than expected and went quite long. MJF picks up the win for the Inner Circle. He and Jericho cut a promo in the ring after the match that had to be reshot.

* Schiavone out to interview Sting. Of course he leads with “It’s STIIIIIIING!!!” Schiavone wants to know what Sting’s motivation is in AEW. Sting talks about his glory days and coming up in the business with Dusty Rhodes. He does an impression of Dusty talking about “color” (blood). He says he came to AEW because he saw Dusty’s offspring leading the charge and he felt like he had to be a part of it. Sting is about to talk about Darby Allin, but Team Taz comes out to interrupt the interview. Taz calls Schiavone a jabroni and blames him for all the hype around Sting’s arrival because of “it’s STIIIIING” (which he mocks with a goofy impression). Starks says he doesn’t care how Sting feels about Darby Allin or Cody Rhodes, but he’s getting tired of Sting sticking his nose in their business. Taz urges the team to charge the ring, but as soon as they do, the lights go out. When they come back up, Sting was ready for them and has backup. Taz says he’s “taking the high road” and calls off his team.

* Jurassic Express defeated The Dark Order. urassic Express wins with the tandem toss powerbomb. After the match, Tully and FTR appear on the tron and follow up on the “stupid dinosaur” trash talk from last week. Building toward a match or feud between the two, it seems.

* PAC defeated The Butcher. PAC out early with lots of kicks while Bunny screams like a banshee. Butcher takes over with power and pushes PAC around a bit. PAC hits more kicks and a top rope dropkick. Butcher eventually overpowers him and hits a powerbomb for a two count. Butcher in control, but conflict outside the ring between the two groups distracts him and stalls him long enough for PAC to take advantage and hit the Black Arrow for the win. After the match, Archer and PAC face off in the ring and it looks heated, but they don’t fight and Archer walks away.

* Kip Sabian and Penelope Ford are out to announce their wedding. Kip talks about the wedding and gestures at the tron for the reveal of the wedding date. Best Friends’ music hits and their entrance video is on the tron. Kip and Miro act pissed at first, but it’s a troll. They laugh and que up another video from earlier in the night that shows Chuck and Orange Cassidy standing at the back of an ambulance while Trent gets loaded in on a stretcher. OC and Chuck hop in the back and the ambulance leaves. Back to Kip who says it’s unfortunate that Best Friends won’t be able to make it tonight. He tees up the announcement one more time, and this time the tron shows their wedding announcement. Kip and Penelope will be having a beach themed wedding on February 3rd at Beach Break. Miro couldn’t be more excited to be the best man.

* Dustin Rhodes defeated Evil Uno. Rhodes beating the piss out of Uno early, yelling “you want some” as he barrages Uno with punches. Uno eventually gets control out of a rope run and hits a swanton for a two count. Rhodes kicks out of a DDT and they spill outside. Once they come back in, Rhodes has control and hits his signature drop down punch and powerslam. Finish comes when Uno goes for a splash in the corner and misses, allowing Rhodes to capitalize and finish him. After the match, Uno propositions Rhodes again. Rhodes kicks him and Dark Order charges the ring. Uno tries to back them off, but the brawl doesn’t stop until Rhodes gets help from the back and Dark Order retreats.

* Hikaru Shida wins a non-title match in a squash. Abadon out after. More teasing for their title match.

* Bonus Segment: Brodie Lee Jr. defeats Kenny Omega to win the AEW World Title. (This was not a real title change). Kenny joins the Bucks in the ring and they offer a spot in The Elite to Brodie Lee Jr. (Brodie’s 8 year old son). Dark Order comes out and starts a brawl that leads to Kenny and Brodie Jr. having a championship match. Brodie Jr. jumps on Kenny’s back, taps him out with a rear naked choke, and is announced by Justin Roberts as the new AEW World Champion. Fun stuff that I’m guessing was a Christmas present for Brodie’s kid. Could have been shot for some kind of fever dream segment for BTE or Dark Order’s YouTube stuff, but was probably just a fun thing for the kid.
They have something to follow. Check out how this week’s Dynamite went down:

Opinion: This does sound like a good show and while it is going to be on later than usual, it is likely to draw a big audience from the NBA game, as well as AEW’s rather loyal fans. Hopefully the show plays out as well as it sounds, because this has some potential to be pretty good. Throw in the two week long New Year’s Bash specials following and we should be in for a great way to end the holiday season.

How does the show sound? Which match interests you most? Let us know in the comments below. 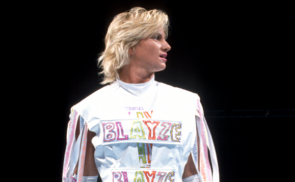