It’s time to wrap things up and that means we have one show left before the Road To WrestleMania can begin. As usual that means Tables, Ladders And Chairs but this time around they are going in a different direction. Instead of a tables match, ladder match and chairs match, we’re getting tables, ladders and chairs matches. Ok so it isn’t the biggest difference on paper, but at least they’re trying something. Let’s get to it.

We’ll get one of the weaker matches out of the way early on. Banks has only had the title for a few months now and already has the stigma of not being able to hold onto the thing all that long. It makes sense to let her have a pretty easy feud to start off her reign, but Carmella is not exactly the most thrilling challenger in the world. She’ll do fine here, but I wouldn’t get my hopes up.

Banks retains here, and there really shouldn’t be that much doubt. Carmella has come a long way since her debut, but she is firmly in the second tier (at best) in every era of the women’s division. She is still a former champion though and Banks beating her will mean a little something, though I can’t imagine this being more than a one off shot. MAYBE they have a third match at the Royal Rumble, but Banks isn’t dropping the title to her.

I feel like I’m in some kind of time loop with New Day, as they seem like they have been the stay the course choice for the Tag Team Titles for literally years now, always waiting to drop the belts to the next team. That doesn’t exactly make for a thrilling story, and given how many times we’ve seen these four fight in one combination or another, the limited interest has already been taken away.

I’m going to go with new champions here, in the hopes that the Hurt Business gets an even bigger push. The whole group is one of the best around today and I could go for them having even more gold. I know I’ve said this time and time again, but New Day doesn’t need the titles and they could be good for Shelton Benjamin and Cedric Alexander, as both could use the boost. New champions here, even though I don’t quite believe it’s happening.

The Fiend vs. Randy Orton

This is now a Firefly Inferno match, because I guess WWE thinks that fireflies have actual fire or something. It sounds like an Inferno match, which feels really, really tacked on after Orton’s ATTEMPTED MURDER earlier this week. The story has been set up, but I’m still not sure why I should want to see these two fight. That being said, it’s not like the Fiend makes the most sense in the first place and having him outsmart the master strategist is intriguing.

Well that got serious:

I’ll go with Orton to win here though, mainly because his basic boots and trunks don’t leave much to be set on fire (assuming that’s how you win of course). The Fiend winning makes more sense, but I can live with Orton if he doesn’t use Alexa Bliss to upset Fiend. It’s an interesting enough match, but I could go without the fire. Just do what makes sense instead of tacking something on at the last second and (pun intended), leaping straight into the fire.

So after about three months of Jax tormenting Lana and setting up the revenge at this show, Lana isn’t even on the card. Instead Asuka is getting the shot with a mystery partner, meaning the whole thing is going to come down to who she has. I’m not entirely convinced it won’t wind up being Dana Brooke and Mandy Rose getting the shot, which would at least make some more sense than whatever they’re doing here.

Who is it going to be:

No matter who it is, I’ll take the champs to retain here as there is zero reason to have Asuka holding two titles again. It would be nice to not have something insane here and hopefully they don’t go too far. Just pick someone who makes sense (Brooke or Rose would make sense on their own) and have the champs beat them up after a bit of a sweat. Don’t go wacky here, because that’s the last thing this story needs.

This is the first of the two namesake matches and probably the easier one to guess. The idea here is mainly built around Omos and possibly Sheamus getting involved, but I’m not sure how much that is going to change anything about where it goes. Styles might not be the big monster they were hoping for in Braun Strowman, but he’s as good of a replacement as you are going to get.

Of course McIntyre retains here, as they aren’t going to put the title on McIntyre back in October and then take it off of him in December. There is no reason to think Styles will win here, though that’s not the worst idea in the world. Sometimes it’s ok to have the champ face off with a tough challenge and then win anyway, which is what seems to be the case here. The match should be fun, and Sheamus can challenge McIntyre next month just fine.

Oh man I want to see how this could go with a several months long story where Owens might have an actual chance to win the title. Owens has been doing some great stuff as the challenger who will not die no matter what, even if he is up against the monster of monsters in Reigns. The match isn’t exactly full of drama, but I want to see Owens get the title, which is the right feeling.

It was a bad Friday for Owens:

But yeah, Reigns isn’t losing here and he probably isn’t losing for a very long time. At the end of the day, Reigns is a total star and should not be in any serious danger. Owens is someone who could be a major threat to the title, but it’s not happening here and I don’t think there is any real drama. The story has been quite good though and I want to see Owens give it his all and fail. Owens has done very well in this story and hopefully that goes somewhere in the future, but Reigns is leaving with the title here.

Even with only six matches announced so far, the more I think about this show, the more I like the different format. I know it’s a good bit different than usual, but I really don’t need to have five or six gimmick matches on a single card. You have the big gimmick match in the title so go with what should work well. It’s not like there are many matches on the show that need the gimmicks to help them (though there are a few, including the one that we’re not even getting), so let the big ones get the focus and go from there. 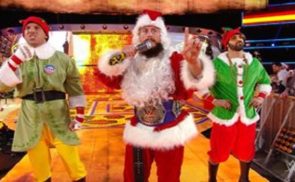 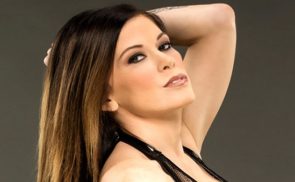