That’s where we’re going. While it is still June and Extreme Rules is nearly a month away, there are still a lot of plans that need to be taken care of in the future. This includes some of the bigger shows of the year, with Summerslam being near the top of the list. The show is in about two months and WWE already has plans for one of the top matches that will be taking place.

Over the last few months, there have been very few people as on fire as Randy Orton. The return of the Legend Killer gimmick has turned Orton into a monster all over again and that has been a very fun thing to watch. It has also pushed Orton closer to the top of the card and that could mean that we are going to be seeing him at a higher level as the year moves on.

According to Wrestling Observer Radio, Orton is currently scheduled to challenge Drew McIntyre for the WWE Championship at Summerslam. The two most recently met on the January 20, 2020 Monday Night Raw with the OC interfering for a no contest. Summerslam is scheduled to take place on August 23, though the location is currently unknown as the original location of Boston will not allow fans to attend the event.

The two have met before. Check out what might be a Summerslam preview:

Opinion: Really, what else is there to do in this situation? Orton has been on fire in recent months and McIntyre has been going through challengers of the month since winning the title. He needs a top star to face and Orton would certainly fit that description. This is what makes sens and it helps that they should be able to have an exciting match given how the two of them tend to be in the ring.

How do you like the sound of the match? How do you see it going? Let us know in the comments below. 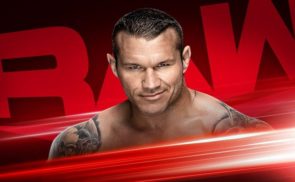