They have a main event to build towards now with the five way elimination World Title match set for Slammiversary. That is of course assuming Tessa Blanchard can make the show, which is no guarantee. It’s also assuming they don’t add the mystery former World Champion to make the match a bit bigger. There is other stuff to do first though so let’s get to it.

The Rascalz have a quick meeting in the back and everything seems ok after the possibility of Wentz jumping Trey.

The North is defending. Wentz dropkicks Page off the apron to start but Alexander catches his charge. It’s off to Dez to take Alexander into the corner but Alexander is in back in for the fast save. Wentz chops Alexander in the corner, only to get pulled into the champs’ corner so Page can take over. Alexander drops a knee as commentary tries to figure out who attacked Trey before the tournament final.

The tag brings Dez back in for the running dropkick but Alexander drives him down without much trouble. Page shoulders Dez down and elbows him in the head a few times, setting up the delayed suplex with the hand off. It’s right back to Page for a backbreaker and a DDT gets two as we take a break. Back with Wentz getting the hot tag and coming in to clean house.

Everything breaks down and Wentz’s standing moonsault gets two on Page. A top rope Meteora into a backbreaker from Dez gets two more and it’s a double tag to bring in Wentz and Alexander. Wentz hits a Canadian Destroyer but Page makes a quick save. Page takes him to the floor to send Dez over the barricade but Wentz hits a dive to take him down. Back in and Wentz gets crotched, setting up the Northern Assault to retain the titles at 17:19.

Post match the North celebrates in the back….which is empty, save for one production guy.

Trey has been taken out again.

Ace Austin denies having anything to do with it and Eddie Edwards wants to fight him tonight.

Havok is here with Nevaeh. They slug it out to start with Nevaeh getting the better of things and hitting a basement dropkick. Cue Tasha Steelz and Kiera Hogan with popcorn to watch from the seats. Lee comes back and kicks Nevaeh in the head, setting up some choking against the ropes. A suplex gives Lee two but Nevaeh is right back up with a German suplex. Lee kicks her down again but walks into a wind up DDT to give Nevaeh the pin at 4:36.

Some guys are watching a Ken Shamrock video from Impact Plus when the North comes in. They aren’t happy that they aren’t watching North highlights and break the iPad.

Crazzy Steve doesn’t like being put into a little box so next week he’ll make a macabre masterpiece.

Raju jumps him from behind during the entrances and stomps him down after the bell. Rhino gets sent outside and beaten up even more, including a posting for two. Back in and we hit the chinlock, allowing commentary to plug Slammiversary. Rhino fights up with a suplex and clotheslines, only to get sent into the corner for a Cannonball. Not that it matters as the Gore finishes Raju at 4:08.

Flashback Moment of the Week: EC3 wins the World Title.

Michael Elgin says he doesn’t have to jump Trey from behind so he isn’t a suspect.

Susie talks to Kylie Rae about how she should just be bad because everyone walks all over her when she’s good. Kylie says no but here’s Taya Valkyrie to say that’s how losers talk. Susie: “Taya, that’s how you were talking last week.” Taya thinks they need makeovers and violence is teased but Kylie calms things down.

Moose is defending and, after his insisted on Big Match Intros (with his own “YOU DESERVE IT” chants), gets clotheslined to the floor. After we look at three replays, they slug it out on the floor with Moose getting posted. Back in and Hernandez is sent into the middle buckle and a hard whip into the corner makes it worse.

The dropkick knocks Hernandez off the top and out to the floor and we shift into the slow beatdown mode. A kick to the head lets Moose talk trash before ripping at Hernandez’s face. That causes Hernandez to come back with a quick chokeslam and an over the shoulder kneeling backbreaker for two. Hernandez gets a running start so Moose tossed him over but raises his boot for a low blow. No Jackhammer Needed finishes Hernandez at 6:08.

After the pin, EC3’s music plays and freaks Moose out.

The Rascalz accuse Reno Scum about being Ace Austin’s cronies but they have nothing to do with him. They accuse TJP and Fallah Bahh.

The Deaners are happy to be back together and a rather confused Willie Mack is with them. They’ll have a six man tag with Johnny Swinger, Chris Bey and someone else. Various Swinger jokes (He was Ricky Morton’s favorite wrestler growing up) ensue and Mack does a Steve Austin impression.

Acey and Thornstowe start things off and everything breaks down in less than ten seconds. A knee to Larry’s head takes him down and he gets pulled into the Scum corner. Larry gets kicked down and sent face first into the buckle as Josh and Madison continue to bicker, this time about Micro Brawlers (a toy line). The double teaming doesn’t last as Larry fights up and gets over for the tag to start cleaning house. Luster stops a backbreaker/something combination and it’s a top rope knee to finish Larry at 4:25.

Johnny Swinger has an idea for a partner and uses one of those cellular phones that Chris Bey has. Actually never mind as that guy is under a ninety day no compete clause, so we’ll need an outlaw friend of his.

Video on Deonna Purrazzo, who worked here at a One Night Only show in her eighth career match. Then she toured the world and is back to show that she is the best women’s technical wrestler in the world. Jordynne Grace is big and strong but her arm can be broken like anyone else.

Here’s what coming next week.

Street fight. Eddie jumps Ace from behind, which might be a little more impactful if Raju hadn’t done it in a nothing match earlier. Eddie sends him into the apron and goes to the back to find a trashcan full of weapons. A shot to the back knocks the chair out of Ace’s hands but Ace hits him in the face with a kendo stick.

Back from a break with Ace hitting him with various things and tossing Eddie with a suplex onto a street sign. More metal shots knock Eddie to the floor and Ace starts hitting him in the eye. A barricade is leaned against the apron but Ace gets suplexed onto it for the double knockdown. Back in and Eddie gets two off the Blue Thunder Bomb but Ace hits a springboard spinning kick to knock a chair into Eddie’s face.

It’s table time so Ace goes up top but has to use the card to cut Eddie’s eye to escape a belly to back superplex attempt. A high crossbody gives Ace two and Eddie’s tiger driver gets the same. Ace drop toeholds him eye first into an open chair but he’s right back up to turn the table over. A neckbreaker over the raised leg of the table drops Ace and the Boston Knee Party is loaded up. Cue Madman Fulton to chokeslam Eddie though, setting up the Fold to give Ace the pin at 19:23. 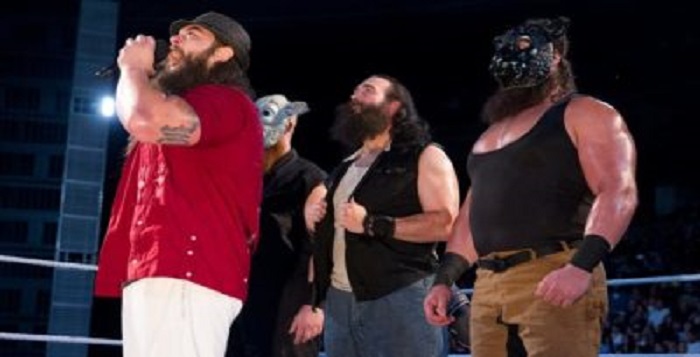 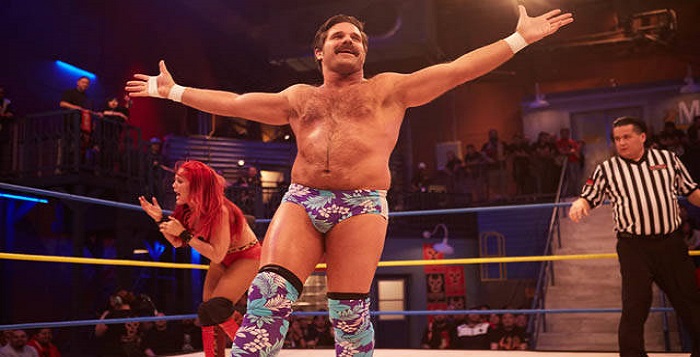 Indy Promotion Shuts Down Over SpeakOut