When worlds collide. There are so many different ways to present professional wrestling and that means that you never know what you are going to see. Some of these things are more effective than others but one that has mixed results is presenting wrestling as part of a television series. There have been a few successes though and now Disney is getting in on the act.

Different countries have different cultures when it comes to professional wrestling. One of the most unique and often imitated is lucha libre from Mexico, which has become one of the more influential styles in America and Japan. As a result, luchadors and especially their masks are some of the more noticeable looks in wrestling and now one of them is moving to television.

Deadline.com has revealed the details of its new upcoming series Ultra Violet & Blue Demon, which will feature former NWA World Champion Blue Demon Jr. in one of the title roles. The series will focus on a thirteen year old girl named Violet who puts on a magical lucha libre mask and becomes the superhero Ultra. There is no word on when the show will air or if any other wrestlers will be involved.

You might not be familiar with Blue Demon Jr. Check out some of his work: 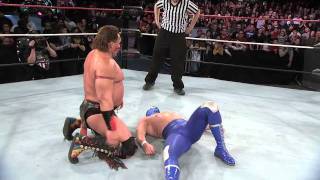 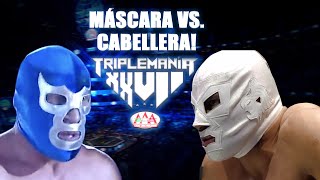 Opinion: I’m not exactly expecting an authentic look at the world of lucha libre here but at least it is getting something of a look. If nothing else it will be cool to see some of the masks and maybe some of the wrestlers included as you don’t get to see that kind of thing very often outside of wrestling. Hopefully the series goes well, as it is the kind of thing that could be done badly in a hurry.