Is it time? Wrestling is a physical sport and as a result, an injury can change things in a heartbeat. That is never a good thing to see and you never know when something might happen to shake things up. Some injuries are worse than others of course, and some of the scariest times in wrestling are wondering how long someone might be out of action. A surprise announcement took place this week.

Starting back in 2014, the New Day has gone on to become one of the most dominant and celebrated factions in WWE history. They have dominated the Tag Team Title scene and then one upped themselves when Kofi Kingston won the WWE Championship at WrestleMania 35. Part of the idea has always been an all for one, one for all style, and that might be the case again in the near future.

During this week’s SmackDown, Kofi Kingston announced that he would be out of action for about six weeks due to injuries sustained in the tag team tables match at Extreme Rules. The match ended when Kingston was powerbombed through two tables. It is not clear if the injuries are legitimate or storyline. This leaves Big E. as the only active member of the team, as Xavier Woods is also out of action as he recovers from a torn Achilles.

The team just works. Check out all of the members plus the group as a whole:

Opinion: This is a rather sad thing to hear but the Big E. side could be a silver lining. Kingston has always been the singles star of the team because he really is that good, but Big E. seems to have all of the talent in the world. He was a breakout star in NXT and I would be curious to see if he can do the same thing on the main roster. WWE needs something fresh right now and maybe he is the right thing.

Which member of the team is the most valuable? What should Kingston do when he gets back? Let us know in the comments below. 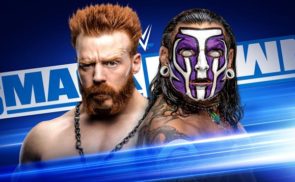 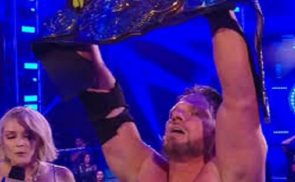