We’re coming up on Summerslam and the big stories coming out of this week have either been done to death, aren’t all that interesting in the first place, or don’t really offer enough of a punch to go into that kind of a lengthy discussion. Instead, we’re going to look at someone who had a big moment at Summerslam (though that’s only going to be a small part of our look at him today), but I doubt you have thought about him that much lately. I’m aware that this is going to drive off some people (and with good reason), but his name is Alberto Del Rio.

Now I know that the audience just dropped down to about 17% of the original capacity, but hear me out on this one. Del Rio does not have the best reputation in the world and that makes sense. Given his infamously toxic relationship with Paige, his numerous legal issues, the things he has said and done and the general apathy to him from most wrestling fans, it is easy to see why he has been written off so hard. That’s where things get interesting.

Del Rio’s WWE in-ring debut came on the August 20, 2010 SmackDown when he defeated Rey Mysterio. Above five months later he won the Royal Rumble (the biggest in history, because the Greatest Royal Rumble doesn’t count), then went on to a World Title match at WrestleMania. That alone isn’t bad for a start, but then he would win Money in the Bank, cash in to win the title at Summerslam, lose and regain the title, then lose it to CM Punk at Survivor Series.

In other words, in Del Rio’s first fifteen months with the company, he won the main event of the Royal Rumble, had a World Title match at WrestleMania, main evented Summerslam (ok so it was just winning the title to close the show but still) and then was in the second biggest match at Survivor Series (only beaten out by the Rock’s return to the ring after a seven year absence).

Pleased to meet you:

That’s not it though as Del Rio spent most of 2012 chasing the World Heavyweight Championship, which he finally won in January 2013. He would lose the title to Dolph Ziggler on a Money in the Bank cash-in but then regain the title at Payback, starting a four and a half month reign. After being let go from the company in 2014, he returned the next year, beat John Cena for the US Title, traded it with Kalisto, was in the pretty awful League of Nations, and then got Wellnessed and left for good in August 2016.

In addition to WWE, Alberto has been World Champion in CMLL, AAA and Impact Wrestling, wrestled for a ton of companies around the world (including Ring of Honor, Lucha Underground and All Japan) and had a decent record as a mixed martial artist (9-5 in his main career, plus one more loss in a freak show against Tito Ortiz). The guy has that kind of resume and comes from a pretty solid family of luchadors. That’s a pretty insane resume (four World Titles and two US Titles plus the Royal Rumble in less than five years in WWE is enough to impress anyone) and yet…..it’s just Del Rio.

Ignoring ALL of the outside of the ring issues (and there are a ton of the), what the heck happened to Del Rio? Just in WWE alone, he might be an all time case of someone who got a rocket strapped to his back and flamed out in record time. You don’t go from debuting to winning two World Titles, including taking it from Punk and Cena, in about fourteen months to being a complete afterthought just five years later. That takes a special kind of crash and while there were a few reasons, a lot of the problem came from one thing.

What might have been Del Rio’s biggest problem is there was nothing to him. Here is just about everything that could be said of Del Rio in WWE: he was rich (then one day he just wasn’t anymore), he was from Mexico, he spoke Spanish and called his enemies perro, he drove cars into the arena, he had a personal ring announcer, and he was a good amateur.

This is a thing he did:

Can you tell me anything else about him? There was no depth to his character and once the money was dropped, his entire persona could be summed up as “Alberto Del Rio: Mexican Face/Heel”. By the time he left, there was nothing to Del Rio and he was just another guy on the roster who didn’t do anything significant in the ring and was pretty much coasting. Did you really notice that he wasn’t there anymore say a month after he left? I would bet on no, as he was that much of a nothing by the time he was finishing up.

The biggest thing I see out of this is how important it is to have something to your character. It doesn’t have to be complicated or anything really close to it, but there needs to be something there. Del Rio could have been the modern Ted DiBiase for years because that’s a gimmick that is universally understood. How easy it is to dislike someone who flaunts their wealth and tries to buy what others are working for?

After that went away though, there was just nothing other than “he’s from Mexico”. That was literally his entire character in the League of Nations. What else was there to talk about with him? It was astounding watching someone who the company clearly saw something in just withering up and falling apart in front of our eyes. They couldn’t find any other character for him anywhere?

Heck play up the fact that he isn’t rich anymore and show him having to rebuild his career from the ground up. Maybe he has to work for someone else for a change and then feuds with them as a result. Sure it sounds like something out of a sitcom, but is that really so much worse than having nothing? With how far and fast he flamed out, I’m not sure how much further down the ladder he could have gone.

And then there’s this:

I don’t think I can remember a bigger collapse than Del Rio in WWE history. Yes there was the backstage incident that led to him being let go the first time, but how many people have left the company under bad circumstances and been brought back with wide open arms later on? Del Rio did come back, but was MexAmerica (Remember THAT mess?) really the best that WWE had up its sleeve? It was the latest in bad ideas that Del Rio couldn’t do anything with (not on him) and you could see the writing on the wall from there.

Del Rio was about as far from a saint as you could get and he never became the biggest star in WWE. What he did become was a guy with a rocket strapped to his back who fell out of the sky as fast as almost anyone in WWE history. Four World Titles is more than Mick Foley had and equal to Roman Reigns and Shawn Michaels. Those are three of the biggest names WWE has ever had and then there’s Del Rio. That’s not quite on the same level anywhere but in the title picture.

I don’t have some big conclusion or major lesson to be learned here. Del Rio popped into my head one night and the more I thought about him, the more fascinating I found his case. No one has that kind of a run and then flames out so hard and it’s really pretty amazing. He has worked everywhere but New Japan and AEW because he has so much potential, but you don’t usually say that about a four time WWE World Champion. I wasn’t the biggest fan (like most people), but man alive it takes talent to come crashing down like that. Only one person can really say they pulled it off and his name is Alberto Del Rio. 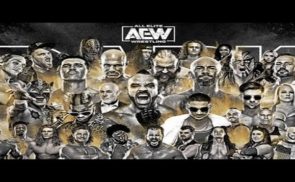 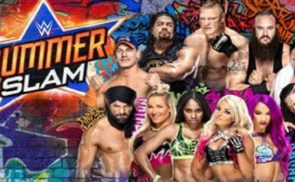 REVIEW: Summerslam 2017: The Monsters Of Summer