They seem interested. Just over ten months ago, WWE SmackDown debuted on FOX. The show airs every Friday night at 8pm EST and that is a pretty big deal for WWE. This is the biggest distribution deal the company has ever had and the five year deal suggested that there would be some extra WWE material on the network. This has been the case on Fox Sports, but now the main network is getting in on the act.

We are less than two weeks away from Summerslam, which is historically the second biggest WWE event of the year. While it is not quite WrestleMania, Summerslam has a heck of a history of its own over its nearly thirty two year run. The show has as much history that FOX is willing to look back at its time as we come up on the 2020 edition and they are doing it in a big way.

According to PWInsider.com, FOX will air a two hour special on the history of Summerslam, called WWE Summerslam’s Hottest Moments the day before Summerslam 2020. The special will air on August 22 from 4-6PM and will feature a collection of Summerslam highlights from over the years. This is in addition to Fox Sports 1 airing various Summerslams on Tuesday nights leading up to Summerslam 2020.

They might need some pointers. Check out what they have to pick from:

Opinion: This is quite the good sign for WWE. While SmackDown’s ratings and viewership are not in the best places right now, FOX seems to be happy enough to give WWE some extra attention like this. I’m not sure if that means everything is going to be working out for them in the end, but at least they are getting a special appearance on a major network in addition to their regular time.

What do you think of the special? What should be on the show? Let us know in the comments below. 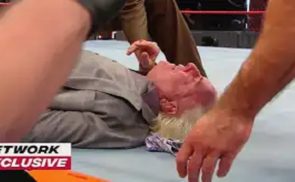