They’ve been here before. The NWA has been around for a very long time and somehow they manage to keep sticking around. While they have been seen as a joke for a long time, the promotion found new life with their Powerrr series. The first show even included a promo from NWA World Champion Nick Aldis, who said the NWA has gone from a promotion to a powerhouse. The promotion has slowed down again due to the Coronavirus, but it seems to be making another comeback.

One of the NWA’s big comebacks was in 2002 when the company joined with a new promotion called Total Nonstop Action. The promotion, which went on to become Impact Wrestling, began by offering weekly pay per views for $9.99, which seemed like quite the odd way to go. That was over eighteen years ago, but now that times have changed, it might be a good idea to try something from the old days.

According to a press released by way of PWInsider.com, the United Wrestling Network has announced that they are partnering with the NWA for a series of weekly live pay per views called “Primetime Live”, beginning on September 15. The series will feature a variety of wrestlers from different promotions, including the NWA and promotions from the United Wrestling Network, which includes Championship Wrestling From Hollywood and Freelance Wrestling from Chicago among others. According to PWInsider.com, the shows will be priced at $13-15 per week.

The NWA has been quite strong. Check out the promotion, plus who they are working with:

Opinion: I have no idea how the price point is going to go but the NWA getting back on the air somewhere is a good thing. At the end of the day, you can’t get anywhere without having a show somewhere and if the NWA just sits around doing nothing, they are not going to be able to survive. This is better than nothing and that is the kind of thing that got them Powerrr in the first place.

What do you think of the idea? Who do you want to see on the show? Let us know in the comments below. 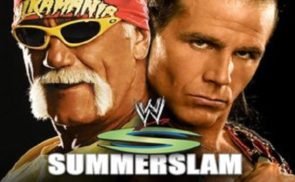