Full Details On Dark Side Of The Ring Season 2, Chris Jericho To Play Big Role

That’s going to get some people talking. Wrestling is one of the most fascinating industries that you will ever find. With so many people coming and going and all of the stories that have taken place both in and out of the ring, wrestling has all kinds of stories that can be told. There are a lot of wrestling fans who know the better stories, but there are a lot of people who don’t. Some of those stories are going to be told to a bigger audience in the near future.

Last year, a television series called Dark Side of the Ring debuted, offering a look at some of the better (and not so much better) known stories in the wrestling world. The series of documentaries looked at some stories that a lot of fans have heard of before but the key idea was offering them to the masses for the first time. The show was a hit and now it is time to see where they are going next.

On Tuesday, Vice TV announced details for the second season of Dark Side of the Ring, including the subjects of the nine episodes. Chris Jericho will be the narrator for the series and there will be an after show hosted by comedian Chris Gethard. The second season will debut on Tuesday March 24 at 9pm with a two hour episode on the Chris Benoit murder suicide. Here are the nine episodes, though it is not clear in what order they will air other than the first:

The season looks great. Check out the trailer for the second season:

Opinion: Well I’m ready. This is the kind of thing that is going to get a lot of fans watching and that is good for everyone involved. The shows are very well put together and offer as comprehensive of a look as possible on these stories. I’m not sure how much brand new material is going to be but the presentation is what matters most. Vice knows how to make that look great and if they improve on the first season, we’re going to be in for a fun season.

Which of these shows are you wanting to see most? What else would you like to see that isn’t announced? Let us know in the comments below. 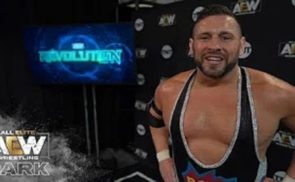 Tags: Chris Jericho, Dark Side Of The Ring, News, Other, Vice TV