Belair can do other things. Every now and then you get a surprise callup to the main roster. That can make for some nice moments as a lot of wrestlers might not have much of an indication that they are making the move from NXT to either Monday Night Raw or SmackDown. We got one of those earlier this year, but it turns out that someone who was called up is doing more than wrestling.

Bianca Belair made her official full time debut on Monday Night Raw earlier this year on April 6. It was the night after WrestleMania 36 and Belair joined forces with the Street Profits in a fairly natural fit since Belair is married to Montez Ford. You can’t get much more appropriate of a fit than that, but it turns out that Belair is doing more for the team than just appearing with them on television.

During this week’s episode of the Bump, Ford revealed that Belair actually made the Street Profits’ attire for their recent bowling and golfing gear for their segments with the Viking Raiders. Belair did not appear in the segments but Ford described the outfits as her way of being involved. Belair’s most recent match on Monday Night Raw came on April 20, though she has appeared backstage since then.

Belair was involved here. Check out the show plus the things she can do:

Opinion: This kind of stuff always impresses me as you never know what kind of surprise talents someone might have. Belair is a talented in-ring performer and has gotten a lot better on the microphone, but she also has talent as a seamstress. That’s very cool and something that you wouldn’t expect while also being impressive. The gear has looked cool too so apparently she’s good at what she does.

What do you think of Belair? What can she do on the main roster? Let us know in the comments below. 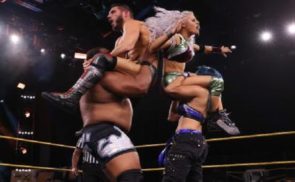 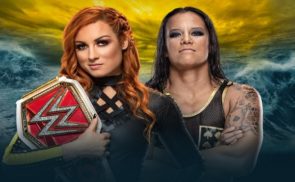