You can only do it so often. One of the most frustrating things in all of wrestling is seeing someone who clearly has a ton of talent not being able to get along with the higher ups in a top level promotion. For whatever reason (some of which may be completely valid), they don’t get along with their bosses and things go badly in a hurry. That is the case with a current star and it is sad to see.

Several WWE wrestlers have decided not to show up for the company’s events during the Coronavirus, which has caused a lot of issues. While Roman Reigns is the biggest name of them all, another prominent name on the list is Sami Zayn, who was forced to forfeit the Intercontinental Title due to inactivity. This did not seem to sit well with WWE, and it isn’t the first time the two sides have clashed.

On the latest edition of his Arn Podcast, Arn Anderson talked about Zayn’s issues with being too impatient with the smaller details of wrestling and only wanting to have a good match. Zayn is said to believe in himself and his ideas, though he has issues listening to someone telling him he needs to change something. Anderson mentions clashing with Zayn multiple times, though without going into specific examples. Zayn last wrestled at WrestleMania 36 and there is no word on when he will be back.

Zayn can do a lot when he is around. Check out his time in the ring:

Opinion: This isn’t exactly surprising and ties together with a lot of other things that you hear about Zayn. There is no denying how talented of a performer he is both in the ring and on the microphone but he does seem to be rather headstrong at times. Hopefully he can calm down a bit as it would be great to see him getting a chance to showcase his talents to the fullest extent.

What do you think of Zayn? What do you want to see him do when he gets back to television? Let us know in the comments below. 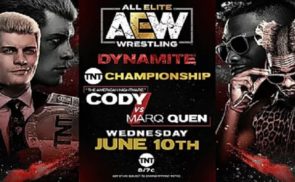