Add it to the list. There are a lot of things going on in WWE today as the company continues to adjust to its new reality. That is going to be the case for a long time to come, partially because they have actual competition for once. All Elite Wrestling is actually making WWE sweat a bit for a change and that has forced WWE to make some adjustments, including when it comes to move names.

When AEW was first formed, their biggest acquisition was Chris Jericho, who went from WWE to New Japan to AEW, becoming the main event level talent who gave AEW some credibility. Jericho’s presence has been invaluable to AEW over the years and that is likely to be the case going forward. WWE does not seem happy with this though and is making a change as a result.

According to the Wrestling Observer Newsletter, WWE is not allowing its commentary to use the term “Codebreaker” during matches. Instead, they are instructed to use the term “face breaker”, such as when Asuka used the move on Monday Night Raw. Jericho began using the move upon his return to WWE in 2007 and has used it as a secondary finishing move ever since.

WWE certainly seems to like the move. Check out some of its better uses:

Opinion: I can’t say I’m overly surprised by this one and while I’m not sure how much good it is going to do, it is the kind of thing that WWE tends to do. Jericho is the top star in AEW and while WWE is not going to want to promote him, I can also see how this could cause some people to take more notice than anything else. The move is certainly cool, but it is also almost universally associated with Jericho, so the impact might not be all that strong.

What do you think of the move? Will it work? Let us know in the comments below. 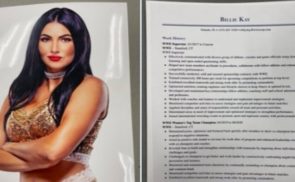