What a strange removal. Just shy of seven years ago, the WWE Network was launched, changing the lives of wrestling fans forever. This was what wrestling fans had been waiting for, as they now had access to thousands of hours of WWE content, along with material from so many other promotions at the same time. It was great, but for some reason something has gone missing.

There are so many shows on the WWE Network that it is almost impossible to keep track of all of them. Aside from a few unique shows, every major pay per view is available on the service. That is quite the appeal to older fans, mainly because there are some shows that you do not expect to see very often. However, one show in particular has been taken off and it is quite the odd choice.

According to Raj Giri of Wrestlinginc.com, Tables, Ladders And Chairs 2013 has been pulled from the WWE Network as of 10:00 EST Thursday November 28. It is not clear if this was intentional or done in error, or when the show may be available again. The show was headlined by a TLC match between John Cena and Randy Orton to unify the WWE and World Heavyweight Championships, plus CM Punk vs. the Shield and Daniel Bryan vs. the Wyatt Family in a pair of handicap matches. This is the only known show to be missing from the WWE Network at the moment.

Weird that WWE has seemingly pulled the TLC 2013 PPV from the Network. I'm checking with WWE to see if it's just an error or if there is another reason. @WrestlingInc

It did have some big moments. Check out what happened on the show:

Opinion: That’s rather strange, though I wonder if it has anything to do with WWE trying to get a new trademark on the Dean Ambrose name. Even if the two are connected, you would think that a show more featuring Ambrose, such as when he was WWE Champion, would have been pulled as well. It’s a strange situation but if it is back up shortly, it doesn’t make that much of a difference.

What do you think of the move? Why would the show be pulled? Let us know in the comments below. 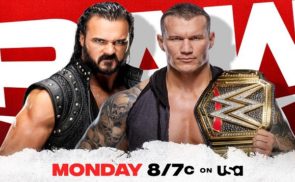