Stick around for a bit. The Coronavirus pandemic has changed everything about the world of wrestling and that is going to be the case for a long time to come. It certainly applies to WWE, which has been moving to various locations around Florida throughout the year in search of their best possible place. They already have another new place in mind, but there is going to be a slight delay.

Back in August, WWE moved into the Amway Center in Orlando, Florida, dubbing it the Thunder Dome in the process. The arena was an instant upgrade over the WWE Performance Center due to the size and resources available, which made things look a heck of a lot better on television. It would not be a permanent home though and now the company is ready to move to Tropicana Field in Tampa, Florida. They just might not be moving as soon as they expected.

According to Fightful Select, WWE has received a short extension that will allow them to stay in the Amway Center through Monday December 7 as opposed to the original plan of Saturday December 5. This will allow them to run an additional Monday Night Raw in the venue and possibly Takeover: WarGames if necessary. The move to Tropicana Field will take place on December 10.

The Thunder Dome has gone well so far. Check out how WWE has done there:

Opinion: That could be a nice little breather for WWE as it gives them one more night in the place where everything is set up. Putting all of that stuff into a baseball stadium is going to be a heck of a lot harder than a basketball arena so the extra two days could help things out a little more. I’m curious about how the move is going to go and hopefully everything looks as good if not better than it does now.

What do you think of the move? How will the stadium look? Let us know in the comments below. 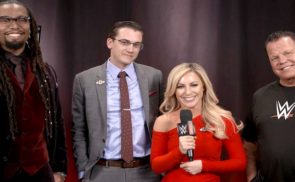