We have a winner. Professional wrestling has come quite a long way over its history and there have been quite a few changes in the last century, with several more coming in the last few decades. Wrestling barely resembles what it started out as back in the early days but it is still about pinning someone’s shoulders to the mat. One promotion is bringing back some of the older traditions, and now they have a champion to prove it.

Since its relaunch after the Coronavirus pandemic shutdown, NXT UK has presented the Heritage Cup, which featured a return to the rounds system that dominated British and European wrestling for decades. The idea was to look back at how things used to work back in the day and so far, everything has been a success. You need to have a tournament winner though and now that has been settled.

This week on NXT UK, A-Kid defeated Trent Seen in the finals of the Heritage Cup Tournament to become the inaugural champion. A-Kid won the match by a score of two falls to one in the fifth round. The tournament features a rounds system with every match being two out of three falls. You could also win a match instantly via a knockout, which did take place. It is still not clear if the title will be regularly defended.

That’s how it went down. Check out the title match:

Opinion: The finals had a good story coming into the match and that’s the best thing you can say about something like this. A-Kid was the young up and comer while the veteran Seven had wanted to prove that he could win something on his own without the rest of British Strong Style. It was a smart way to end a good and enjoyable tournament so well done NXT UK.

What did you think of the tournament? Who would you have had as the winner? Let us know in the comments below. 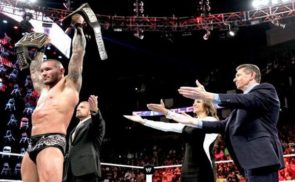