Seth Rollins and Braun Strowman Win Tag Team Gold, but a Universal Title Match is on the Horizon

Seth Rollins’ WWE Universal title reign was less than 24 hours old, when he came face-to-face with Braun Strowman on Monday Night Raw. The Beastslayer had once again lived up to his nickname and then found himself staring down another animal, with The Monster Among Men.

The pair crossed paths again on the August 19 edition of Raw, where they actually teamed up against The O.C. That match ended with Rollins and Strowman becoming the new Raw Tag Team champions, but a showdown between them is clearly inevitable. While some fans believe that this may be Braun’s time to shine and possibly become the new Universal champ, others likely see him as nothing more than Seth’s first challenger. Either way, this feud could very well benefit Braun Strowman.

Strowman’s rise in WWE, while not exactly meteoric, has been impressive nonetheless. Fans have witnessed his transformation from WWE’s resident strongman to championship contender and they’ve watched as he’s improved his game along the way. The Braun Strowman that exists today is not the same man that debuted with The Wyatt Family in 2015.

Strowman has grown and he’s become a solid big man in the ring. His mic skills have improved as well and for the most part, he has maintained crowd support along the way. Braun has been a legitimate threat to the top spot on Raw and fans believed it was only a matter of time until he indeed reached that spot.

Watch Strowman save Rosins on August 12!

But somewhere along the way, the wheels began to fall off. Strowman went from No.1 Contender to sliding down the ladder. The Monster Among Men was looking more and more like a man without a plan. Why did WWE elevate him, only to pull the plug every time he was close to wining it all?

The answer never became clear. But it was obvious that for whatever reason, Braun Strowman was destined to be a spoiler in WWE. He was always the man in the path of the Superstar on his way to the championship. Braun was the last boss before the player reached the final level, he was never the man to actually win the championship and take his place on top.

But will that change now? Strowman’s last Universal Championship opportunity came on November 2 of 2018 in a failed attempt against Brock Lesnar. Since then, Strowman has been treading water and he’s done it with no clear path back to the title. Could it be that nearly 12 months out of the title picture is enough to convince fans that Braun is on his way back to relevancy in the main event?

Rollins returned the favor for Strowman on August 19!

Therein lays the key for Strowman. His lack of success in championship matches is directly tied to his lack of success in the main event. One cannot be separated from the other when it comes to Braun and WWE fans have never forgotten it. It hasn’t affected their support for him, but it has perhaps changed the way they view him. They know that WWE isn’t serious about him, so why should they believe in him?

However Monday Night Raw is not quite the same place it was before and that’s due to unknown status of The Beast Incarnate. Brock Lesnar is supposedly not getting a rematch against Seth Rollins for the Universal title, which means that feud is finished. While WWE has not made it official, it could be that Brock is now headed to SmackDown Live. The blue brand will debut on The FOX Network in October and it’s entirely possible that Brock will be the newest member of that roster.

If that’s true, then the red brand has an open slot and Braun could be the man to fill it. He’s proven he can handle the pressure, as well as handle himself in the ring. He’s over with the crowd and he’s a viable challenger if booked properly. Of course, his booking has indeed always been an issue and maybe WWE is ready to address that issue. Pairing him with Seth is perhaps the best way to do just that.

Strowman and Rollins are the new tag champs!

That's a LOT of gold!

Rollins is in a prime position to help Braun attain championship credibility. Seth can deliver a great match against anyone and Strowman will surely be no different. Braun can do much more than what he’s doing and now the time has come to prove it. Fans want him to reach that next level and Strowman is certainly capable of getting the job done. But will that be the case this time?

One false start after another may have damaged Braun to the point of no return. The question is will Strowman’s popularity be enough to make fans forget his previous failures? Rollins is believed to be on his way to a lengthy title run and if that’s true, then he’s not losing to Strowman. But will that belief fall by the wayside, once Braun gets rolling?

If Strowman can make the fans believe in him, then anything is possible. He’s done exactly that in the past, but can he do it now? Seth is on top of his game, as always. He will do his part to make Strowman look good and their match should deliver when it happens. Whether or not WWE will actually roll with Braun Strowman this time around, is anyone’s guess. 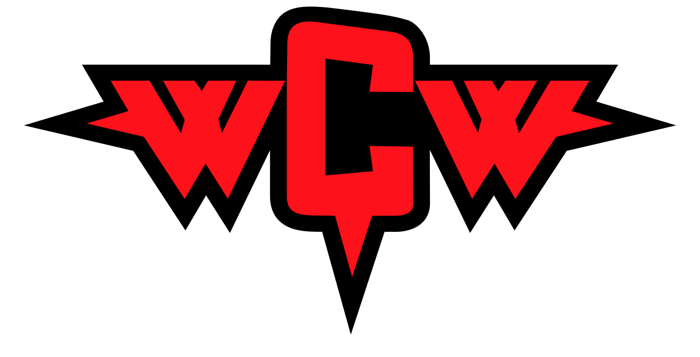 He’s Back. A Legendary WCW Voice Is Making His Way To AEW