WrestlingInc is today reporting that STARDOM star and potential NXT recruit Io Shirai has had her contract pulled by WWE.

According to a report by the Wrestling Observer Newsletter, Shirai contacted STARDOM owner Rossy Ogawa at the end of last month and explained she was ready to return full-time to the company.

Shirai would make her return to the promotion at the July 30, 2017 show despite the common belief being that she was headed to WWE. Shirai had previously said her farewell to the promotion and began signing with WWE. However, a neck injury was discovered during her physical a few months ago, forcing her out of the ‘Mae Young Classic.’

If you are curious as to why Shirai is such a prominent Japanese talent, take a look at the video below that we highly recommend. She faces Asuka back when she was known as Kana in what is considered by many to be a match of the year candidate.

As she wasn’t able to tell people she had signed a contract with WWE as per their rules, she explained that she was taking time off, which was actually to heal the nagging injuries. While Shirai had started to sign, she had not finalized her contract. It was widely known she was expected to sign, if she hadn’t already.

It is believed that WWE discovering the injury caused them to ultimately terminate the contract offer. The story going around publicly in Japan is that she got some bad news, resulting in her informing STARDOM that she was ready for a return.

Just recently she was medically cleared to return, but the offer from WWE was no longer there. Generally speaking, WWE have been against bringing in new talent with a history of concussion and/or neck injuries.

It is also speculated WWE may have not wanted to sign her as Asuka is already a dominant Japanese female talent and Kairi Hojo is signed and competing in the ‘Mae Young Classic’ as many are aware.

If any more news does come out on the contract of Shirai and why WWE refused to sign her, Wrestling Rumors will keep you updated.

I was looking forward to seeing Io competing in WWE. Sucks that she won’t be able to, but I believe I understand why they didn’t sign her. Plus, they are seemingly making a lot of budget cuts too. So eliminating potential issues they would have down the road now is a good decision.

Are you upset by WWE refusing to sign Shirai? Have you seen one of her matches before? Let us know in the comments below or over on our Facebook page or Twitter account. Additionally, you can find me on Twitter at @SOSNH1995. We also want to remind you that we have a Newsletter you can sign up to. This will allow us to send you the best news in one place via an email. We also have the Wrestling Rumors app that we encourage you all to download to get updates faster than they release on our various pages. It is available on Android and iOS devices. 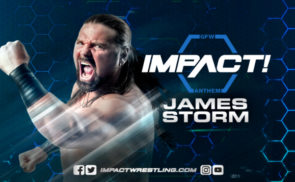 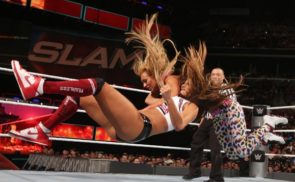