Opinion: Bayley Is Back And Where WWE Has Always Wanted Her To Be

Last night at Money In The Bank 2019, history was made when Bayley became Ms. Money in the Bank for the first time in her career early in the evening. She was able to outlast 7 other women and climb the ladder to take the briefcase for her own.

However, her night was not over.

After Becky Lynch competed in two grueling matches, defending both the Raw and Smackdown Live Women’s Championships, it was Charlotte Flair who would hold the belt of the blue brand. Yet, as her and Lacey Evans continued the beatdown of The Man, it would be the hugger who would make the save for her fellow 4 Horsewomen member.

Seizing an opportunity at a fallen Queen, Bayley would then cash in her newly-won briefcase, pin Charlotte Flair and become the new Smackdown Live Women’s Champion.

She was pretty happy afterwards, as you can imagine:

This was a wonderful evening for Bayley, but as everything was unfolding and she was having her moment, one thought immediately popped into my mind.

In my opinion, Bayley is back, her career has been restarted, and she is exactly where WWE has wanted her to be for years.

It’s no secret that prior to her making the move to the main roster, Bayley was NXT’s most popular superstar. In fact, during that time, her merchandise was the top selling for all female performers, including those on the main roster.

In fact, WWE officials had pegged her to be the next John Cena for the female division, as she connected with kids more than anyone else in the company.

Honestly, I think it was Sasha Banks.

Ever since she debuted on Raw, she had been linked to The Boss and was never given an opportunity to shine on her own. In addition, Banks was engrossed with her feud with Charlotte Flair for most of 2016, which left Bayley just being tossed aside and misused.

As a result, her character was not connecting with the majority of the audience on the main roster, and fans were actually starting to give her a negative reaction. I had written a couple of years ago that I thought that a heel turn was necessary, but it never materialized.

However, in 2019, we have seen a new side of Bayley. One where she is more aggressive, not taking crap from anybody and getting in people’s faces when necessary. It was a refreshing change of pace for her, and allowed her character to have more diversity in what she could do.

But the best thing that could have happened to her is when Banks decided that she was too good for the company and wanted to sit out the rest of her contract.

Note: That is just fine with me. Banks is not as good as she thinks that she is.

Back to business, however. When Bayley was sent to Smackdown Live, away from Banks, it gave her the opportunity to restart her career and focus on just being her.

And that’s exactly what she did. And boy did it work.

WWE did a brilliant job of setting up the moment for Bayley to shine, and she capitalized on a great opportunity. She played off the cashing in of the briefcase perfectly, and executed it almost as well as she could have.

As a result, when she became the new champion, the crowd went nuts and were cheering for her more than I’ve heard for her in a long time. And that’s exactly what WWE wants.

They can once again capitalize on her popularity with younger fans, and perhaps win back some of the older fans that she had when she was in NXT. I honestly think that she will, as she has a lot of talent and knows to work over a crowd.

In the end, I am very happy that The Hugger is back on top. She is an incredibly hard worker and her character has gone through many ups and downs. However, she has stuck through it and is now going to be given a chance to carry the blue brand women’s division. And I think that she will be successful!

Congratulations to The Hugger on being back! This move is definitely best for business. 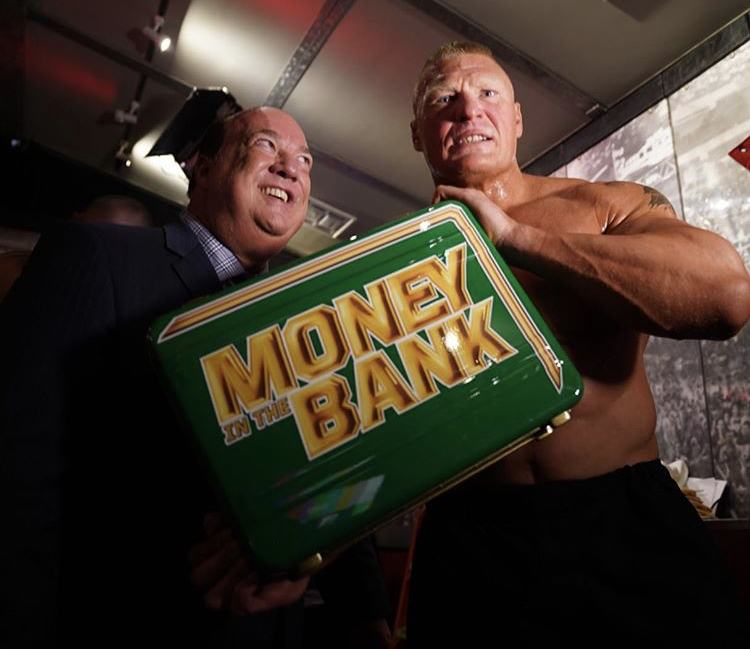