Bayley vs. Dana Brooke Announced for “Hell in a Cell”

Although Bayley is a hugger, she may need a different approach to overcome her next adversary.

It was announced earlier today on WWE.com, that she will be taking on Dana Brooke at the “Hell in a Cell” pay-per-view this Sunday night. Below is the official preview for the match:

Bayley looks to even the score against Dana Brooke this Sunday when she faces her nemesis one-on-one at WWE Hell in a Cell.

The beloved Superstar has suffered Dana’s insults and sneak attacks for weeks. Tougher still, Bayley lost to the pompous powerhouse in the ring on the Oct. 17 edition of Raw, giving Dana fodder for her trash talk. Not only that, but Bayley was visibly favoring her shoulder after the match, too, and even had to be helped back to the trainer’s room by WWE officials.

Nonetheless upset that many observers still chalked up her win as an upset, Dana tried to further embarrass Bayley this past week, challenging her to an arm wrestling match and then ambushing Bayley when she was on the verge of victory. Dana’s nefarious plan backfired, however, as Raw’s most huggable Superstar turned the tables and planted Brooke with a Bayley-to-Belly.

In addition to Dana Brooke, can Bayley take out some of her aggressions on the creative team that forced her into that awful arm wrestling segment on “Monday Night Raw?” Seriously though, I hope that this is a good match. I’m still holding out hopes for Brooke to be a success on the main roster, and having her work with someone as talented as Bayley may prove to be beneficial for both athletes.

Are you looking forward to seeing this match on Sunday? Either leave us a comment below or on our Facebook page! 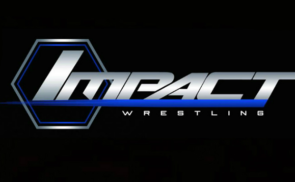 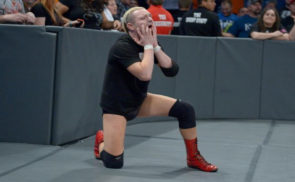