For over a decade, a lot of people in the WWE Universe have been wondering or even begging for John Cena to turn heel on WWE programming. They’ve been questioning him about it for years, but the truth is that he’s not the one with the final decision.

Of course, Vince McMahon is the one with the final say about Cena’s character on WWE television. It was annoying, yet understandable why he refused to turn Cena heel for so many years. However, the current roster opens up the possibility up again.

It was recently reported that WWE officials were kicking around the idea and possibly brainstorming ways for Cena to turn heel on WWE television, but no one got Vince’s opinion on the matter until very recently.

According to a report from Sportskeeda.com, Vince McMahon is still strongly against the idea of turning Cena heel because his commitment to outside projects and his new role in mainstream media would complicate a heel turn on WWE programming.

From a business standpoint, Cena being in the public eye as his hard working, positive, and inspirational self would be confusing to new eyes turning on the WWE product to see him as a heel. It wouldn’t make sense, and that is just the way it’s going to be.

Has the ship sailed on John Cena ever turning heel? 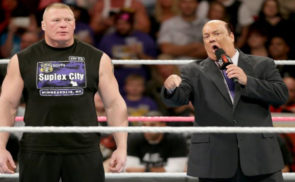 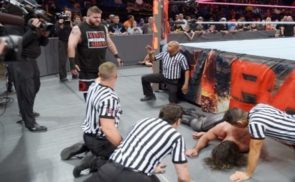