This is an odd one. As you might have heard, the Cleveland Cavaliers won the 2016 NBA Championship over the summer. Tonight is the start of the 2016-2017 NBA season and the Cavaliers are receiving their NBA championship ring…..with the Undertaker, in full gear, as their special guest. The family of the late Ultimate Warrior was present as well. 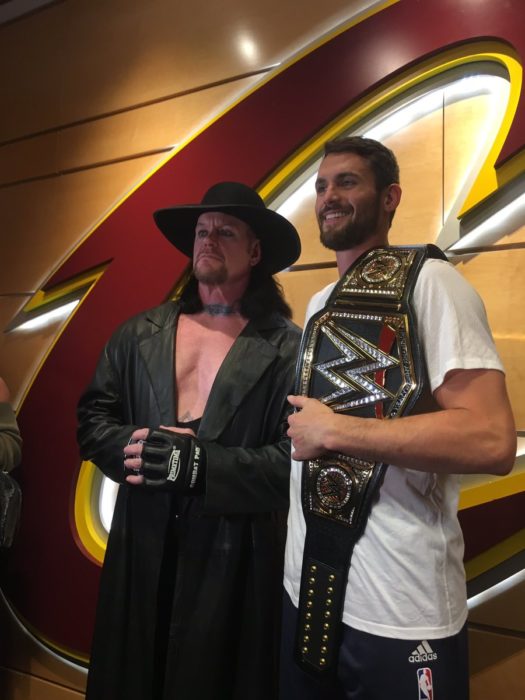 While this may seem like a strange choice for a celebrity appearance, Cavaliers star LeBron James wore an Undertaker shirt earlier this year and an Ultimate Warrior shirt during the Cavaliers’ championship parade. 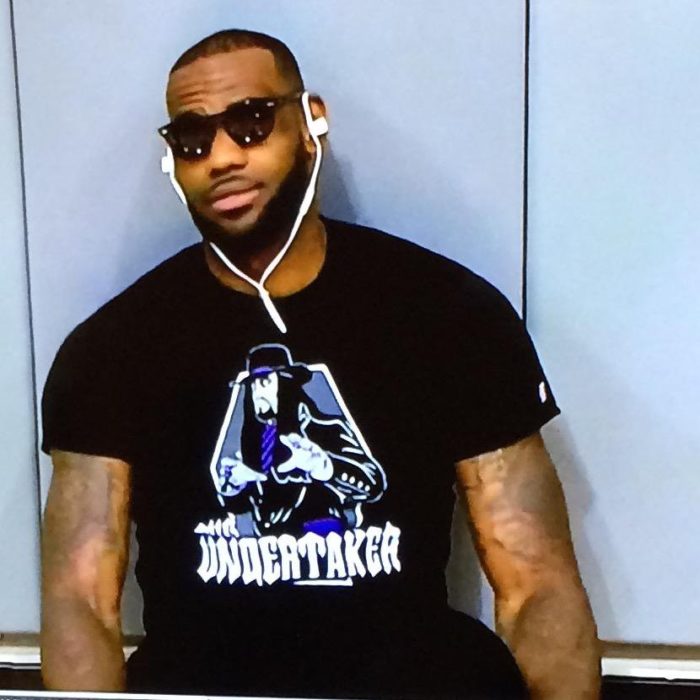 It should also be noted that Undertaker was said to be moving around just fine and had no crutches after his recent hip surgery.

You know what? Why not? This is the kind of thing that is just cool and it’s fairly safe to say that Undertaker is going to be able to pop a crowd. Whether you’re a wrestling fan or not, a 6’9 tattooed man in a black cowboy hat coming out to organ music is going to get your attention. It’s a cool visual and there’s nothing wrong with some mainstream exposure for wrestling.