Even “The Beast” is not immune to the wrath of the boss.

During the segment, Paul Heyman did everything that he could to get the Minneapolis, Minnesota crowd to chant for Goldberg and build him up as a face. However, since Lesnar is from the area, the crowd was fully behind their hometown hero, and would not stop cheering for him, no matter what Heyman did.

At one point during the segment, you could clearly hear the crowd chanting “Goldberg Sucks.”

According to the report from Alvarez, the segment was scheduled to go longer than it did. However, the reaction of the crowd infuriated McMahon, and he made the decision to abruptly end it. This is the reason that Lesnar’s music seemed to go off abruptly in the middle of the promo.

I have to agree with Alvarez here. The segment did not work at all, but what was WWE expecting? They were in Lesnar’s hometown, and the crowd was energetic and excited to see their boy.

What did you think of the segment last night? Leave us a comment below, or hit us up on our Facebook page! 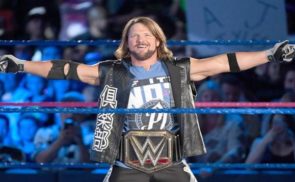 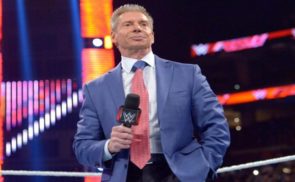