Who Will Be the Next Opponent For Triple H?

Triple H’s longevity in WWE is probably his greatest accomplishment over all the matches, championships, or anything else he’s accomplished during his WWE career.

Recently, The Game did a Q&A this weekend before a WWE live event in Paris, France. He answered several questions, including his proudest moments of his career and anyone else on the WWE roster he’d like to face.

You can watch the full interview below along with his answers to those questions:

What are you most proud of in your career?

“There’s a lot of things. In my career, I’m most proud of just having the longevity that for twenty years. It’s a long time. I think as we go forward and as I move away from the ring and into the office I think part of that for me is going to Wrestlemania this year and breaking the attendance record of over one-hundred thousand people in Dallas was quite an accomplishment. Also, I take great pride in our newest brand of NXT, which is taking the world by storm and creating the future of WWE.”

Is there still someone you want to step into the ring with in WWE?

But then, there’s a lot of talent also in NXT whether that be Finn Balor, Shinsuke Nakamura, or even Samoa Joe. I’d love to have been in the ring with all of them. I’m a big fan of what we do and when someone does it extremely well like the people I just mentioned, I would love to be in the ring with them. So, there’s a lot of talent right now. When I talk about WWE or NXT with the talent pool we have the future is very bright.”

Who do you want to see Triple H get into the ring with next? 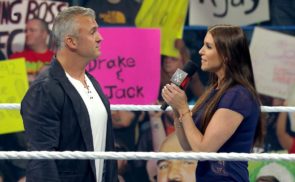 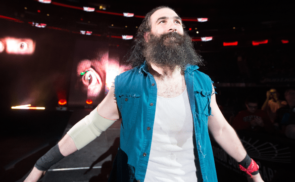