Recently, there was some talk about Shawn Michaels coming out of retirement for one more match against AJ Styles at the “Royal Rumble” in San Antonio. Of course, that was never actually going to happen. You have to admit, it would be incredible.

More importantly, that rumor demonstrates that WWE could always use more HBK and the WWE Universe still wants to see him be a part of the show. His days of wrestling in the ring are over, but his days of teaching others to wrestle in the ring have just begun.

On the “Kevin Gill Show,” Sean Waltman, Scott Hall, and Kevin Nash appeared on the podcast and some great news came to light about Shawn Michaels. Apparently, HBK is now the full-time Head of the WWE Performance Center in Orlando.

You can listen to the full podcast right here. Below is what Kevin Nash let slip about Shawn Michaels’ new role with WWE:

“Oh yeah, he’s moving to Florida with the family and everything. If you thought that NXT was something wait till that son of a bitch gets down there and gives them his magic. There is nobody better than him. Physically nobody better. Psychology nobody better. It’s going to be a game changer. I don’t know what the hell they are paying him but it’s got to be a lot because to get Shawn to do the 9-5.”

Do you think Shawn Michaels will do a good job at the WWE Performance Center? 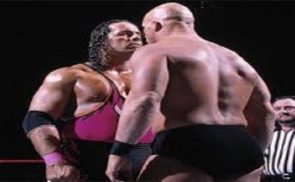 Survivor Series 1996: A Debut and a Masterpiece 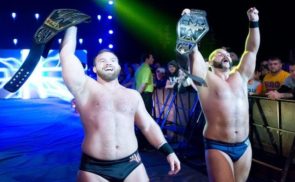