During the “Cruiserweight Classic,” Gran Metalik took a lot of people by surprise. Even for a lot of passionate wrestling fans, he was a new face that many people didn’t know and he impressed a lot of fans with his high flying ability and in-ring skills.

In the final four, a lot more people knew TJ Perkins, Zack Sabre, and Kota Ibushi, but Metalik almost won the tournament and was labeled by many as the biggest surprise of the CWC series. However, he’s been mostly absent without explanation for weeks now.

According to a report from CageSideSeats.com, Gran Metalik, who is also known as Máscara Dorada, has been absent from Raw’s Cruiserweight division since it’s debut match because he’s currently is finishing up his commitments in Mexico.

It’s being reported he’ll finish those dates this week and will be with WWE full-time once “205 Live” premieres on the WWE Network at the end of November. He also will be featured on Raw or SmackDown depending on what happens at “Survivor Series.”

Based on the kind of push he received during the “Cruiserweight Classic,” Gran Metalik is going to be featured as a top guy on “205 Live,” so we’ll be seeing a lot more of him.

Who is your favorite cruiserweight in the division? 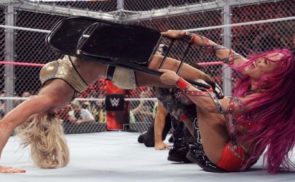 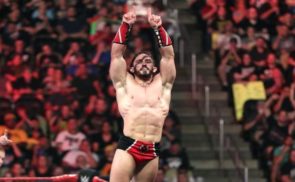