You need a Plan B. We are in unprecedented times in the wrestling business as it is not clear how things are going to go from one week to the next. The Coronavirus is changing things every single day throughout the United States and the world, with some states being forced to make changes almost every single day to fight the spread of the disease. This may affect WWE as well, but they have a plan for that.

Since the March 13 SmackDown, WWE has been running events exclusively from either the Performance Center or Full Sail University in Florida. This has made for some interesting moments as the shows have almost all looked the same, but the shows are still being produced, which is what matters most to WWE. That seems to still be the case going forward, though they now have a backup plan just in case.

According to the Wrestling Observer Newsletter, should WWE be forced out of Florida, their backup plan is a television studio at their corporate offices in Stamford, Connecticut. This would be the same studio used for the Firefly Fun House match at WrestleMania 36. WWE would be able to make the studio look like the Performance Center, but they would not be able to have the NXT wrestlers brought in as a makeshift audience. At the moment, there is no indication that WWE will be forced to leave Florida.

We may have seen some previews. Check out what WWE Headquarters can look like:

Opinion: What else are they supposed to do? There are very few places that can offer WWE a home at the moment and it makes a lot of sense to go with a place that they already own. WWE has a lot of resources available to them and if they just have to work from home for the time being, it makes as much sense as anything else. Let them see what they can do and as long as they are still able to get on the air, they should be fine.

What do you think of the plan? How long could WWE run from there? Let us know in the comments below. 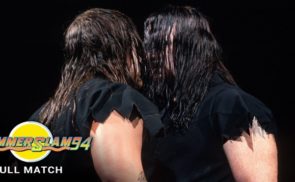