It’s a way to go. There are a lot of different people in the WWE and at the end of the day, the World Champion is always one of the top starts. That is the kind of thing that can send storylines in all kinds of directions, especially when you see who will be the next person to challenge for the title. We are currently waiting on that in WWE but now we might know what is coming.

Back at WrestleMania 36, Drew McIntyre changed the guard by defeating Brock Lesnar to become WWE Champion for the first time. That is the kind of thing that can make a career, as McIntyre has now moved from the upper midcard to the main event, which is the change that he has been needing. He has to continue on from there though, and now we might know where that is going.

According to Wrestling Observer Radio, WWE may be moving towards McIntyre facing Bobby Lashley for the WWE Championship at Backlash. This week on Monday Night Raw, Lashley attacked R-Truth after a six man tag and left with MVP, who had wanted Lashley to show more emotion. At the moment, there is no official word on any title matches for Backlash, which takes place on June 14.

Who you got? Check out both of them in action:

Opinion: This makes as much sense as anything else at the moment, but if WWE wants to make Lashley into a bigger deal, I’m not sure how smart it would be to have him lose to McIntyre here. The only other option would be McIntyre losing, and I can’t imagine that taking place just yet. It could be an interesting match, but I’m not sure I can see how it would end. 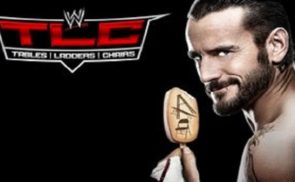