This is another WWE Network exclusive from the world’s most famous arena. It’s a pretty stacked card with the main event of Brock Lesnar vs. Big Show as well as the Dudley Boyz challenging New Day for the Tag Team Titles. Other than that we have the traditional steel cage match with US Champion John Cena defending against WWE World Heavyweight Champion Seth Rollins again. Let’s get to it.

The opening video talks about Cena vs. Rollins and Brock vs. Big Show.

There’s a mini Titantron set up like there was in Japan. The middle rope is pink again for breast cancer awareness.

This was originally billed as two singles matches. Orton gets quite the positive reaction from the fans. Sheamus and Orton get things going and the fans are all over Sheamus’ looks. Orton fights out of the corner and it’s off to Rusev who is greeted by a big USA chant. Dolph comes in with a dropkick for two but a Sheamus distraction lets the swinging Rock Bottom plant Ziggler for two.

It’s off to Sheamus for a chinlock as the announcers debate Lana and Summer.  Rusev comes in for a nerve hold and the villains take turns keeping Ziggler in trouble. Dolph finally gets in a slam on Rusev and the diving tag brings in Orton to clean house. A Ziggler superkick knocks Rusev off the apron and the Brogue Kick misses, setting up an RKO to put Sheamus away at 8:40.

Post match Rusev screams at Sheamus for costing them the match. Sheamus is more useless than Lana and all these people so he needs to pack his bag and leave. Sheamus gets up and Brogue Kicks Rusev and walks off. That didn’t feel like a face turn.

We recap Kane and Seth Rollins from Monday with Kane’s split personalities.

Corporate Kane is here to help run the show and will run down to help if Demon Kane comes after Rollins. Well limp down but you get the idea.

No seconds here. Stardust shoulders him down to start but Neville sweeps the leg and does a little dance. The running hurricanrana sends Stardust down again but he comes back with the Disaster Kick to put Neville down. Stardust looks at Neville’s cape before putting on a chinlock. That goes as far as a chinlock is going to go so Stardust tries to crotch him against the post but the superhero pulls him face first into the post instead.

The Asai moonsault drops Stardust again but he comes back in with a Side Effect for two. With nothing else working, Stardust puts on Neville’s cape and goes up top, only to dive into a right hand to the ribs. Neville kicks him in the face and the Red Arrow is good for the pin at 7:25.

Paul Heyman compares Big Show to the Boston Celtics and promises to make MSG the city hall of Suplex City.

P C and B all come out separately. Becky starts with Alicia and that means it’s time for JBL to start talking about boxing. Paige’s request for a tag is ignored so she tags herself in to send Fox into the corner. It’s back to Becky who gets taken into the corner, allowing Brie and Alicia to double suplex her for two. Nikki comes in and goes after Charlotte for a distraction but it backfires as Becky slides over for a tag.

It’s Charlotte cleaning house with a spear to Nikki but Paige tags herself in as the Figure Eight goes on. The argument lets Alicia take over and a northern lights suplex gets two. Back to Nikki for a chinlock until Paige fights up and dives for a tag, only to have her partners drop to the floor. The Rack Attack ends Paige at 8:24.

Paige says she can’t believe her friends would do this to her and she’s not sure if she can forgive them.

Clip from Smackdown of Reigns challenging Wyatt to meet him inside the Cell.

Jericho is challenging and he welcomes us to the 25th anniversary of his first match in wrestling. Twenty five years ago he wrestled Lance Storm (in the front row) to a ten minute Broadway in a small town in Alberta in front of fifty people. Jericho thanks us all for being along for the ride and promises a big party tonight. Kevin starts fast but gets dropkicked out to the floor and sent into the announcers’ table.

Back inside and Kevin wishes Jericho a happy anniversary before punching in the face. A chinlock slows things down as JBL says Jericho was an unproven talent in WWE until he beat Rock and Austin in the same night. Jericho comes back with a missile dropkick and enziguri for two. The Pop Up Powerbomb and Codebreaker are countered and Owens’ package piledriver slam gets two. The Lionsault hits knees and there’s the Cannonball to a nice reaction.

Owens’ Swanton hits knees as well and the Walls go on. Kevin fights over to the ropes and sends Jericho shoulder first into the post for two. Now the Codebreaker works but Owens grabs the rope for the break. Kevin comes back with a superkick but the Pop Up Powerbomb is countered into another Walls attempt. Just like at Night of Champions though, Owens pokes the eyes and grabs a small package for the pin at 8:34.

New Day is defending and of course they have something to say. This time it’s about the Dudleyz’s never ending retirement tour with all of their references to the 90s and glasses with no lenses. On top of that, they put a good man like Xavier Woods through a perfectly good table!

D-Von runs over Big E. to start but Bubba charges into an elbow in the corner. Now it’s Kofi getting beaten up as Woods tries to get the fans behind the champs. The power of positive double teaming takes over for New Day and it’s time for some tromboning. E. puts on a chinlock and Woods thinks the stock is rising on tricep meat. Ray avoids the Warrior splash and makes the tag off to D-Von as everything breaks down. The 3D has Kofi beaten but Woods comes in for the DQ at 6:40.

Post match New Day sets up a table but Bubba breaks up the Midnight Hour, leaving Woods (busy playing Taps) to take a 3D through the table.

Recap of Big Show vs. Brock, which is built on Big Show beating him in MSG thirteen years ago.

Brock goes right after him to start and gets sent out to the floor. Lesnar just smiles and the fans chant for Suplex City. Back in and Show pummels him in the corner but misses a charge and takes some shoulders to the ribs. The first German is blocked and there’s the chokeslam. Brock pops up so it’s a second chokeslam, only to have him get up again. There’s a third chokeslam for two and it’s time for the suplexes. Brock can’t hold him up for the F5 and it’s kind of an AA instead. It’s time for more smiling though and Lesnar hits the fourth German. Now the F5 finishes Show at 4:05.

Show isn’t done and he calls Brock back in. That’s fine with Lesnar as it’s a belly to bell and a second F5 for good measure. The fans give Big Show the Goodbye Song and Eden says let’s hear it for him.

The cage is lowered.

Cena is defending and Rollins is World Champion. For the sake of clarity, I’ll only refer to Cena as champion. Pin/submission/escape to win here. Seth fights out of a headlock to start and sends Cena face first into the cage a few times for two. Rollins’ escape attempts don’t work and Cena bulldogs him off the top for two. Seth comes right back with the top rope knee to the face and the Sling Blade gets two.

We get the raking the face against the steel spot but Cena grabs the electric chair for two. It’s back to the top with Rollins getting knocked off first, only to catch the top rope Fameasser in a powerbomb for two. They take turns sending each other into the steel and it’s time for the flying tackles. Rollins kicks him in the head to break up the Shuffle but decides to try a Shuffle of his own.

Now it’s the real comeback but Rollins grabs the cage to escape the AA. The springboard knee is caught in the STF but Rollins crawls to the door. They fight over the escape attempt until Rollins slams the door on Cena’s head for a close two. Cena counters the Pedigree with a catapult but has to stop Rollins from escaping over the top. John gets most of the way over but Seth superplexes him down and rolls into the falcon’s arrow for another close two. They fight to the top again and this time it’s a tornado DDT from Cena for a near fall.

Cena goes for the door but Rollins climbs over the top and slams the cage onto his head again. John gets up again and pulls Rollins back in for an AA but Seth lands on his feet and hits the low superkick for two. The STF is countered into a Crossface but Cena powers up into another AA attempt.

Rollins rolls out again and hits Cena low (totally legal) but here’s Kane. For some reason this keeps Seth from being able to climb down until Kane is right underneath him, leaving Rollins to miss a splash off the top of the cage. The AA finally connects to retain Cena’s title at 22:43.

Cena leaves and Kane gives Rollins a chokeslam and tombstone to end the show. 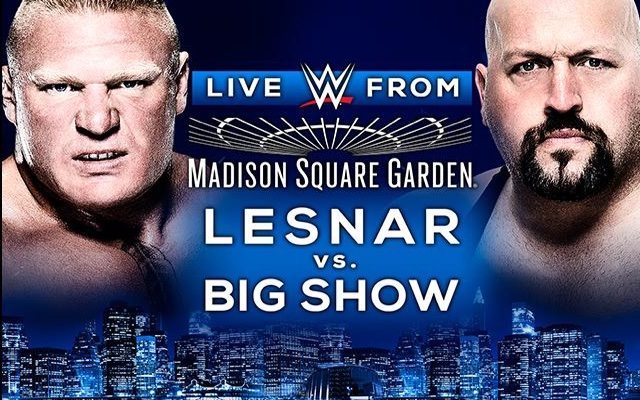 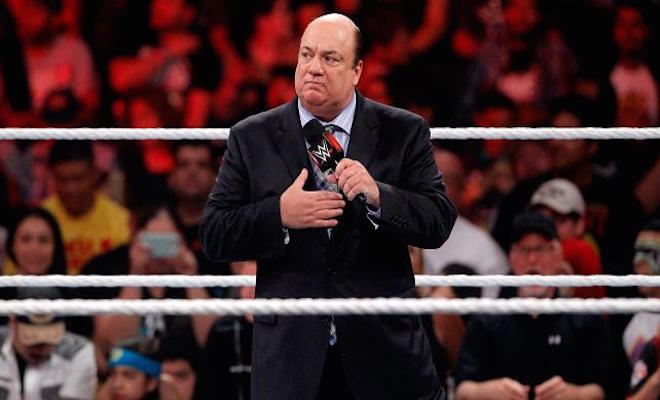