He’s next? There are a lot of stars in WWE but there are only so many spots to go around. Different wrestlers get their chance to move up the ladder and it can be interesting to see what happens when someone new gets a chance. With all of the regime changes taking place backstage in WWE, it makes sense that some stars would be getting a fresh start and that seems to be happening with an established veteran.

According to a new report from Xero News on Twitter, Shinsuke Nakamura is expected to receive a new push in WWE. Triple H, who has recently returned to power in WWE, is a big fan of Nakamura and wants to give him a more prominent spot. In addition, Triple H is hoping to have Nakamura return to more of the in-ring style that he used in NXT. Nakamura is a former NXT, Intercontinental and United States Champion.

Opinion: This is something I could go for as Nakamura has often felt like someone who could have been a much bigger deal in WWE than he previously has been. While he had one major run in 2018 by winning the Royal Rumble and getting a WWE Title shot at WrestleMania 38, it never felt like he reached his true potential. Now he might be getting the chance and that is very exciting to see.

What do you think of Nakamura? How could he be best used in WWE? Let us know in the comments below. 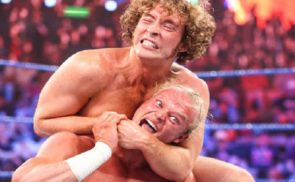